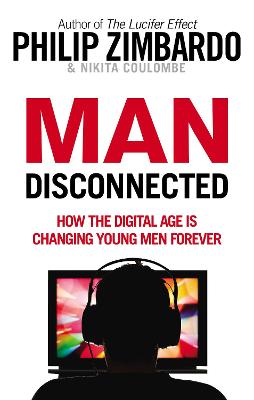 How the digital age is changing young men forever

Internationally acclaimed psychologist Philip Zimbardo reveals how modern manhood has hit crisis point and argues that urgent steps need to be taken now for the good of society.

Masculinity is in meltdown. Young men are failing as never before - academically, socially and sexually. But why? And what needs to be done?

There is hope. Man Disconnected reveals where the solutions are to be found, and what action we can take. Controversial, provocative and insightful, this book is an alarm call ignored at our peril. 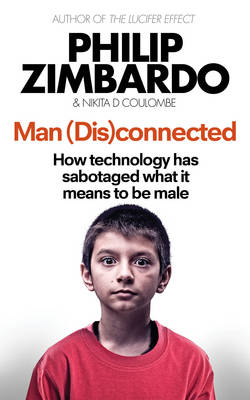 » Have you read this book? We'd like to know what you think about it - write a review about Man Disconnected book by Philip Zimbardo and you'll earn 50c in Boomerang Bucks loyalty dollars (you must be a Boomerang Books Account Holder - it's free to sign up and there are great benefits!)

Philip Zimbardo (Author) Philip Zimbardo is Professor Emeritus of Psychology at Stanford University and has also taught at Yale, NYU and Columbia. He was elected President of the American Psychological Association in 2002. Widely respected as an innovative researcher and writer, he presented the award-winning video series Discovering Psychology. www.zimbardo.com Nikita D. Coulombe (Author) Nikita D. Coulombe is a writer and artist. She co-wrote the TED eBook Demise of Guys with Philip Zimbardo.

A Preview for this title is currently not available.
More Books By Philip Zimbardo
View All

Bedside Book of Psychology: From Ancient Dream Therapy to Ecopsychology: 125 Historic Events and Big Ideas to Push the Limits of Your Knowledge
$42.07 $46.74