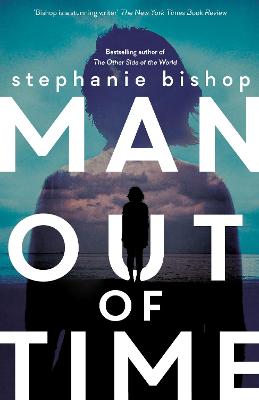 Man Out of Time

Description - Man Out of Time by Stephanie Bishop

When Stella's father, Leon, disappears in September 2001, the police knock at her door. She baulks at their questions, not sure how to answer. 'What if I just write it down for you.'One summer, a long time ago, Stella sat watching her father cry while the sky clouded over. He had tried to make amends: for his failures, for forgetting to buy the doll she once hoped for, for the terrible things he had done.The first time Stella sensed that something was wrong was on her ninth birthday. There was an accident, and when she opened her eyes there was the tang of blood in her mouth. Leon was beside her. But not quite there. In the winter, when her father finally came home from hospital, he looked different. Looked at her differently.Now he was missing, and Stella held the key to his discovery. But did he want to be found? And after all that has passed, could Stella bring herself to help him?Stella's whole life has been stained by her father's very struggle to exist. Would this be her inheritance too? Could she choose the steady minutes of an ordinary day? Or would she follow the path of a man out of time?A masterful and deeply moving novel about inheritance and self-destruction, and of how the memories we carry and the blood we share discolour our view of the world ... and ourselves.

Other Editions - Man Out of Time by Stephanie Bishop 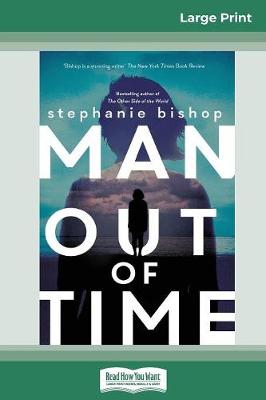 Book Reviews - Man Out of Time by Stephanie Bishop

» Have you read this book? We'd like to know what you think about it - write a review about Man Out of Time book by Stephanie Bishop and you'll earn 50c in Boomerang Bucks loyalty dollars (you must be a Boomerang Books Account Holder - it's free to sign up and there are great benefits!)

Stephanie Bishop's first novel was The Singing, for which she was named one of the Sydney Morning Herald's Best Young Australian Novelists and highly commended in the Kathleen Mitchell Award. Stephanie's second novel, The Other Side of the World, was awarded the 2015 Readings Prize for New Australian Fiction, shortlisted for the 2014 Australian/Vogel's literary Award, longlisted for the 2016 Stella prize, shortlisted in both the NSW Premier's and the Victorian Premier's Literary Awards and named the Literary Fiction Book of the Year at the Australian Book Industry Awards. Stephanie's writing has appeared in the Times Literary Supplement, The Monthly, the Guardian, the Sydney Morning Herald and the Australian, amongst other publications. She holds a PhD from Cambridge and teaches in the creative writing program at the University of New South Wales. She lives in Sydney.

A Preview for this title is currently not available.
More Books By Stephanie Bishop
View All