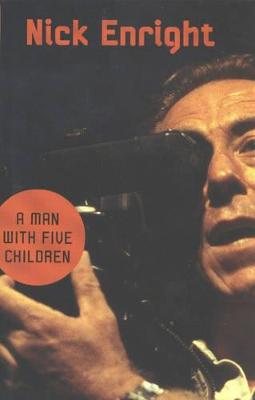 A Man with Five Children

Description - A Man with Five Children by Nick Enright

Gerry is a documentary filmmaker who, one day each year, follows five children around with a camera. The results are shown annually on television. Yet for the children who grow up under Gerry's (and the nation's) watchful eyes, the experience creates its own dynamic. Are the participants his subjects, his children or his creations Spanning more than twenty years, A Man With Five Children invites you into a world of fractured celebrity and distorted vision.

Book Reviews - A Man with Five Children by Nick Enright

» Have you read this book? We'd like to know what you think about it - write a review about Man with Five Children book by Nick Enright and you'll earn 50c in Boomerang Bucks loyalty dollars (you must be a Boomerang Books Account Holder - it's free to sign up and there are great benefits!)

Nick Enright (19502003) trained for the theatre at New York University School of Arts after early experience in Australia including with Nimrod and MTC. He was an actor, director and teacher as well as a writer. His plays include On the Wallaby, Daylight Saving, St James Infirmary, Mongrels, A Property of the Clan, The Quartet from Rigoletto, Blackrock, Good Works, Spurboard and A Man with Five Children. With Justin Monjo he adapted Tim Winton's Cloudstreet for the stage. He has also written for film and television, including co-writing with George Miller the screenplay for Lorenzo's Oil which was nominated for an Oscar. He has written a number of musicals including The Venetian Twins and Summer Rain with composer Terence Clarke. He wrote the book for the Australian production of The Boy From Oz. Among many awards were two Green Room Awards for Best Play, and four Gold AWGIE Awards, the 1998 Sidney Myer Performing Arts Award and the NSW Premiers' Special Award. As well as being a prolific writer, Nick was a noted acting teacher, particularly at NIDA and WAAPA.