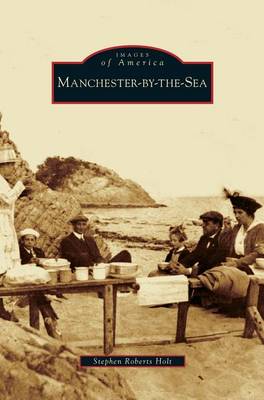 Manchester-by-the-Sea is known today for its historic summer colony, made famous by the rich and illustrious seeking relief from the sweltering city. Its sandy beaches, rocky irregular coastline, and cool breezes provided the perfect habitat for massive summer cottages. Presidents, ambassadors, Brahmans, and robber barons escaped, with a full staff of servants, to an exclusive enclave where they romanticized an idealized past. Prominent artists captured the idyllic environment on canvas, the most famous being Winslow Homer's painting of Singing Beach. Originally farmers, the first colonists learned to build boats, fish, and trade along the coastal waters, becoming clipper ship captains in the late 18th century. Located on Boston's famous North Shore, Manchester-by-the-Sea remains a quiet, isolated place enjoyed by residents and tourists alike.

» Have you read this book? We'd like to know what you think about it - write a review about Manchester-By-The-Sea book by Stephen Roberts Holt and you'll earn 50c in Boomerang Bucks loyalty dollars (you must be a Boomerang Books Account Holder - it's free to sign up and there are great benefits!)