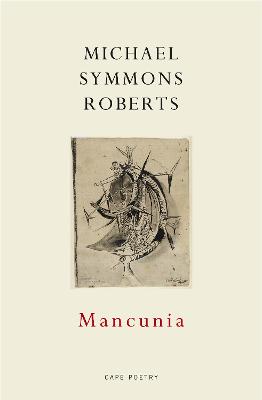 Mancunia is both a real and an unreal city. In part, it is rooted in Manchester, but it is an imagined city too, a fallen utopia viewed from formal tracks, as from the train in the background of De Chirico's paintings. In these poems we encounter a Victorian diorama, a bar where a merchant mariner has a story he must tell, a chimeric creature - Miss Molasses - emerging from the old docks. There are poems in honour of Mancunia's bureaucrats- the Master of the Lighting of Small Objects, the Superintendent of Public Spectacles, the Co-ordinator of Misreadings. Metaphysical and lyrical, the poems in Michael Symmons Roberts' seventh collection are concerned with why and how we ascribe value, where it resides and how it survives. Mancunia is - like More's Utopia - both a no-place and an attempt at the good-place. It is occupied, liberated, abandoned and rebuilt. Capacious, disturbing and shape-shifting, these are poems for our changing times.

» Have you read this book? We'd like to know what you think about it - write a review about Mancunia book by Michael Symmons Roberts and you'll earn 50c in Boomerang Bucks loyalty dollars (you must be a Boomerang Books Account Holder - it's free to sign up and there are great benefits!)

Michael Symmons Roberts was born in Preston, Lancashire in 1963. He has published six collections of poetry and received a number of accolades including the Forward Prize, the Costa Poetry Award and the Whitbread Poetry Prize. As a librettist, his work has been performed in concert halls and opera houses around the world. An award-winning broadcaster and dramatist, he has published two novels, and is Professor of Poetry at Manchester Metropolitan University. He is a Fellow of the Royal Society of Literature.