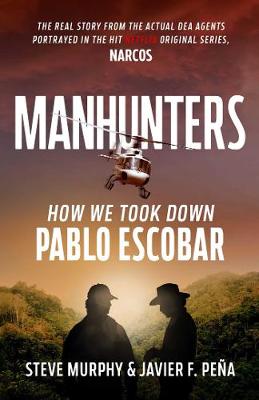 Manhunters: How We Took Down Pablo Escobar, The World's Most Wanted Criminal

Description - Manhunters: How We Took Down Pablo Escobar, The World's Most Wanted Criminal by Steve Murphy

The explosive memoir of the two legendary drug enforcement agents responsible for taking down Pablo Escobar and the subject of the hit Netflix series 'Narcos'.

Javier Pena and Steve Murphy risked their lives hunting large and small drug traffickers in the decades they spent working for the US Drug Enforcement Administration. But their biggest challenge was the hunt for Pablo Escobar in Colombia. The partners, who began their careers as small-town cops, have been immortalised in Netflix's 'Narcos', a fictionalised account of their hunt for Escobar. Now, for the first time, they tell the real story of how they brought down the world's first narco-terrorist and ended the reign of terror of the world's most wanted criminal.

Manhunters takes you deep inside the inner workings of the Search Bloc, the joint Colombian-US task force that resulted in an intensive 18-month operation that tracked Escobar. Between July 1992 and December 1993, Pena and Murphy lived on the edge, setting up camp in Medellin at the Carlos Holguin Military Academy. There, they lived and worked with the Colombian authorities, hunting down a man thought to be untouchable.

Their terrifying first-hand experience coupled with stories from the DEA's de-classified files on the search for Escobar forms the beating heart of Manhunters, a gripping account of how two determined and courageous agents risked everything to capture the world's most wanted man.

'A riveting account of two brave DEA Agents who put their lives, along with their families' lives, on the line to fight the war on drugs. A must read on the take down of Pablo Escobar.' Joe Pistone, a.k.a. Donnie Brasco

'A fast-paced tale by two agents who had the inside track on bringing down the most wanted man in recent US history.' Bruce Porter, New York Times bestselling author of Blow

'Steve and Javier's experience on the front lines of the war on drugs over the last thirty years made them an invaluable source of information for a narrative of one of the most complex, poorly reported, and misunderstood chapters in our recent past.' Eric Newman, Executive Producer, 'Narcos'

'Manhunters grabs you from the first page and gives you a front-row seat into the harrowing hunt for the brutal narco trafficker Pablo Escobar. Two unlikely heroes recount their stories in a way that is both compelling and captivating.' Congresswoman Mary Bono

Buy Manhunters: How We Took Down Pablo Escobar, The World's Most Wanted Criminal by Steve Murphy from Australia's Online Independent Bookstore, Boomerang Books.

Other Editions - Manhunters: How We Took Down Pablo Escobar, The World's Most Wanted Criminal by Steve Murphy 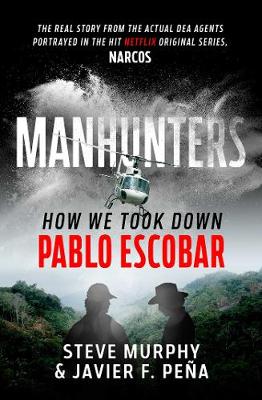 Book Reviews - Manhunters: How We Took Down Pablo Escobar, The World's Most Wanted Criminal by Steve Murphy

» Have you read this book? We'd like to know what you think about it - write a review about Manhunters: How We Took Down Pablo Escobar, The World's Most Wanted Criminal book by Steve Murphy and you'll earn 50c in Boomerang Bucks loyalty dollars (you must be a Boomerang Books Account Holder - it's free to sign up and there are great benefits!)

A Preview for this title is currently not available.
More Books By Steve Murphy
View All

Tales of the Teenage Mutant Ninja Turtles
No Stock on Hand, Supplier Has No Due Date for Supply.
$31.49 $34.99