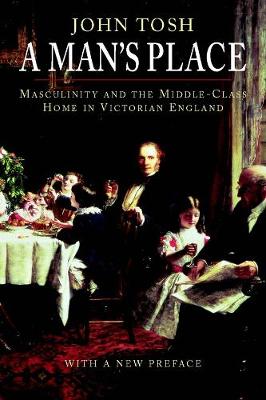 Masculinity and the Middle-Class Home in Victorian England

Domesticity is generally treated as an aspect of women's history. In this fascinating study of the nineteenth-century middle class, John Tosh shows how profoundly men's lives were conditioned by the Victorian ideal and how they negotiated its many contradictions.
Tosh begins by looking at the experience of boyhood, married life, sex, and fatherhood in the early decades of the nineteenth century?illustrated by case studies representing a variety of backgrounds?and then contrasts this with the lives of the late Victorian generation. He finds that the first group of men placed a new value on the home as a reaction to the disorienting experience of urbanization and as a response to the teachings of Evangelical Christianity. Domesticity still proved problematic in practice, however, because most men were likely to be absent from home for most of the day, and the role of father began to acquire its modern indeterminacy. By the 1870s, men were becoming less enchanted with the pleasures of home. Once the rights of wives were extended by law and society, marriage seemed less attractive, and the bachelor world of clubland flourished as never before.
The Victorians declared that to be fully human and fully masculine, men must be active participants in domestic life. In exposing the contradictions in this ideal, they defined the climate for gender politics in the next century.

» Have you read this book? We'd like to know what you think about it - write a review about Man's Place book by John Tosh and you'll earn 50c in Boomerang Bucks loyalty dollars (you must be a Boomerang Books Account Holder - it's free to sign up and there are great benefits!)

John Tosh is professor of history at the University of Surrey Roehampton.

A Preview for this title is currently not available.
More Books By John Tosh
View All