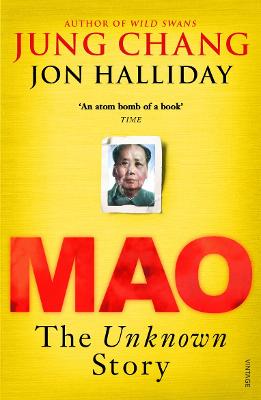 The most authoritative life of Mao ever written, by the bestselling author of Wild Swans and her husband

Jung Chang's Wild Swans was an extraordinary bestseller throughout the world, selling more than 10 million copies and reaching a wider readership than any other book about China. Now she and her husband Jon Halliday have written a groundbreaking biography of Mao Tse-tung.Based on a decade of research, and on interviews with many of Mao's close circle in China who have never talked before - and with virtually everyone outside China who had significant dealings with him - this is the most authoritative life of Mao ever written. It is full of startling revelations, exploding the myth of the Long March, and showing a completely unknown Mao- he was not driven by idealism or ideology; his intimate and intricate relationship with Stalin went back to the 1920s, ultimately bringing him to power; he welcomed Japanese occupation of much of China; and he schemed, poisoned and blackmailed to get his way. After Mao conquered China in 1949, his secret goal was to dominate the world. In chasing this dream he caused the deaths of 38 million people in the greatest famine in history.Combining meticulous history with the story-telling style of Wild Swans, this biography makes immediate Mao's roller-coaster life, as he intrigued and fought every step of the way to force through his unpopular decisions. The reader enters the shadowy chambers of Mao's court, and eavesdrops on the drama in its hidden recesses. Mao's character and the enormity of his behaviour towards his wives, mistresses and children are unveiled for the first time.This is an entirely fresh look at Mao in both content and approach. It will astonish historians and the general reader alike.

Other Editions - Mao: The Unknown Story by Jon Halliday 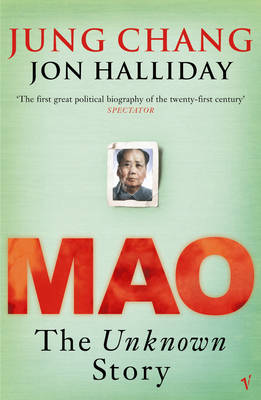 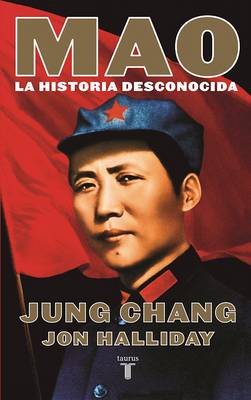 » Have you read this book? We'd like to know what you think about it - write a review about Mao: The Unknown Story book by Jon Halliday and you'll earn 50c in Boomerang Bucks loyalty dollars (you must be a Boomerang Books Account Holder - it's free to sign up and there are great benefits!)

Jung Chang was born in Yibin, Sichuan Province, China, in 1952. She was a Red Guard briefly at the age of fourteen and then worked as a peasant, a 'barefoot doctor', a steelworker and an electrician before becoming an English-language student and, later, an assistant lecturer at Sichuan University. She left China for Britain in 1978 and was subsequently awarded a scholarship by York University, where she obtained a PhD in Linguistics in 1982 - the first person from the People's Republic of China to receive a doctorate from a British university. Her award-winning book, Wild Swans, was published in 1991. Jon Halliday is a former Senior Visiting Research Fellow at King's College, University of London. He has written or edited eight previous books.