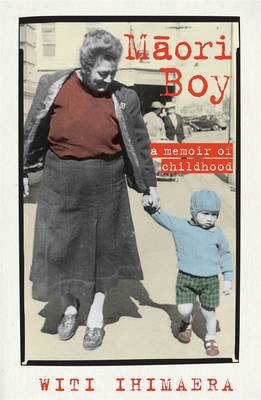 A Memoir of Childhood

This is the first volume of Witi Ihimaera's enthralling, award-winning memoir, packed with stories from the formative years of this much-loved writer.

This is the first volume of Witi Ihimaera's enthralling, award-winning memoir, packed with stories from the formative years of this much-loved writer.

Witi Ihimaera is a consummate storyteller - one critic calling him one of our 'finest and most memorable'. Some of his best stories, however, are about his own life. This honest, stirring work tells of the family and community into which Ihimaera was born, of his early life in rural New Zealand, of family secrets, of facing anguish and challenges, and of laughter and love. As Ihimaera recounts the myths that formed his early imagination, he also reveals the experiences from real life that wriggled into his fiction.

Alive with an inventive, stimulating narrative and vividly portrayed relatives, this memoir is engrossing, entertaining and moving, but, more than this, it is also a vital record of what it means to grow up Maori.
Winner of the Ockham New Zealand Book Award 2016 for the General Non Fiction category.

» Have you read this book? We'd like to know what you think about it - write a review about Maori Boy book by Witi Ihimaera and you'll earn 50c in Boomerang Bucks loyalty dollars (you must be a Boomerang Books Account Holder - it's free to sign up and there are great benefits!)