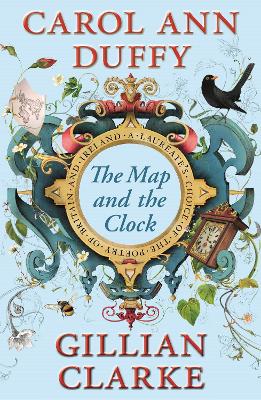 The Map and the Clock

A Laureate's Choice of the Poetry of Britain and Ireland Main

Description - The Map and the Clock by Carol Ann Duffy

The Map and the Clock is a celebration of the most scintillating poems ever composed in Britain.

Curated by Poet Laureate Carol Ann Duffy, and by Gillian Clarke, National Poet of Wales, this anthology gathers fourteen centuries of extraordinary verse - beginning with the first writings from the old languages of England and Ireland, Scotland and Wales, and culminating in some of our most recent poets, speaking in our present-day tongues.

Many of our founding myths and legends are told here - King Arthur and Gawain, Beowulf and Mad Sweeney, the Mabinogion - as are the nursery-tales and songs we still sing today. Through these pages we witness the tragedy of European wars and world conflict; we court romance and friendship; we explore nationhood and belonging, identity and belief; and we are welcomed to a celebration of the cultural diversity of the poetries of our twenty-first century.

The Map and the Clock is a stunning and essential treasury of the poems that have moulded our languages, examined our worlds, and shaped our islands through time.


Other Editions - The Map and the Clock by Carol Ann Duffy 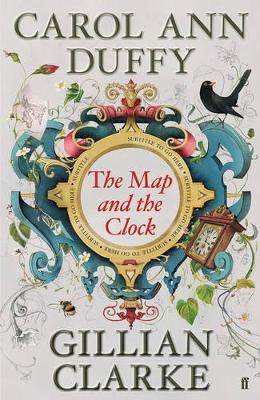 Book Reviews - The Map and the Clock by Carol Ann Duffy

» Have you read this book? We'd like to know what you think about it - write a review about Map and the Clock book by Carol Ann Duffy and you'll earn 50c in Boomerang Bucks loyalty dollars (you must be a Boomerang Books Account Holder - it's free to sign up and there are great benefits!)

Carol Ann Duffy was born in Glasgow, Scotland, and grew up in Stafford, England. She won the 1993 Whitbread Award for Poetry and the Forward Prize for Best Collection for Mean Time. The World's Wife received the E. M. Forster Award in America, while Rapture won the T. S. Eliot Prize 2005. She is currently Professor of Contemporary Poetry at Manchester Metropolitan University. Her most recent volumes are New and Collected Poems for Children (2009) and The Bees (2011), which won the Costa Poetry Award. Her Collected Poems was published in 2015. She is Poet Laureate. Gillian Clarke was born in Cardiff, Wales. National Poet of Wales 2008-2016, winner of the Queen's Gold Medal for Poetry (2010) and the Wilfred Owen Association Poetry award (2012), she is one of the best-known names in UK poetry today, as well as one of the most popular poets on the school curriculum. Poet, playwright, editor, translator, she is President of Ty Newydd writers' centre in North Wales which she co-founded in 1990. Her collections include Making Beds for the Dead (2004) and A Recipe for Water (2009); her Selected Poems appeared in 2016.