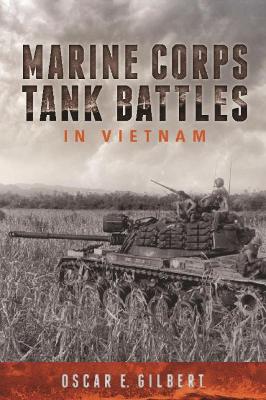 In 1965 the large, loud, and highly visible tanks of 3rd Platoon, B Company, 3rd Tank Battalion landed across a beach near Da Nang, drawing unwelcome attention to America's first, almost covert, commitment of ground troops in South Vietnam. As the Marine Corps presence grew inexorably, the 1st and 3rd Tank Battalions, as well as elements of the reactivated 5th Tank Battalion, were committed to the conflict. For the United States Marine Corps, the protracted and bloody struggle was marked by controversy, but for Marine Corps tankers, it was marked by bitter frustration as they saw their own high levels of command turn their backs on some of the hardest-won lessons of tank-infantry cooperation learned in the Pacific War and in Korea. Nevertheless, like good Marines, the officers and enlisted men of the tank battalions sought out the enemy in the sand dunes, jungles, mountains, paddy fields, tiny villages, and ancient cities of Vietnam. Young Marine tankers fresh out of training, and cynical veterans of the Pacific War and Korea, battled two enemies. The battle-hardened Viet Cong were masters of the art of striking hard, then slipping away to fight another day. The highly motivated troops of the North Vietnamese Army, equipped with long-range artillery and able to flee across nearby borders into sanctuaries where the Marines were forbidden to follow, engaged the Marines in brutal conventional combat. Both foes were equipped with modern anti-tank weapons, and sought out the tanks as valuable symbolic targets. It was a brutal and schizophrenic war, with no front and no rear, absolutely no respite from constant danger, against a merciless foe hidden among a helpless civilian population. Some of the duties the tankers were called upon to perform were long familiar, as they provided firepower and mobility for the suffering infantry in a never-ending succession of search and destroy operations, conducted amphibious landings, and added their heavy guns to the artillery in fire support missions. Under constant threat of ambushes and huge command-detonated mines that could obliterate tank and crew in an instant, the tankers escorted vital supply convoys, and guarded the engineers who built and maintained the roads. In their "spare time" the tankers guarded lonely bridges and isolated outposts for weeks on end, patrolled on foot to seek out the Viet Cong, operated roadblocks and ambushes, shot up boats to interdict the enemy's supply lines, and worked in the villages and hamlets to better the lives of the brutalized civilians. To the bitter end "despite the harsh conditions of climate and terrain, confusion, endless savage and debilitating combat, and ultimate frustration as their own nation turned against the war" the Marine tankers routinely demonstrated the versatility, dedication to duty, and matchless courage that Americans have come to expect of their Marines. AUTHOR: Oscar E. Gilbert, Ph.D., is a former marine artilleryman and currently a geoscientist living in Texas. His previous published works include the widely acclaimed "Marine Tank Battles in the Pacific" (2001) and "Marine Corps Tank Battles in Korea" (2003). » Have you read this book? We'd like to know what you think about it - write a review about Marine Corps Tank Battles in Vietnam book by Oscar E. Gilbert and you'll earn 50c in Boomerang Bucks loyalty dollars (you must be a Boomerang Books Account Holder - it's free to sign up and there are great benefits!)

Gilbert has previously co-authored Tanks In Hell: A Marine Corps Tank Company On Tarawa (Casemate, 2015), winner of The General Wallace M. Greene Award for outstanding non-fiction. Gilbert is co-author of US Marine In World War I (Osprey Warrior Series, 2016). 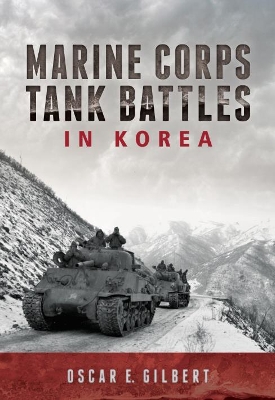