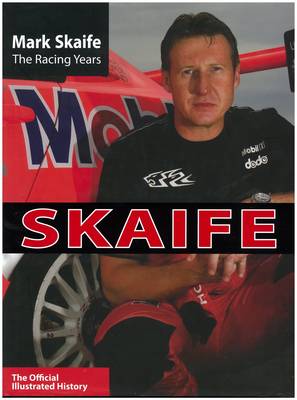 Mark Skaife is Australia's most successful motor racing driver. He has won the Australian Touring Car Championship five times, the Australian Drivers' Championship three times and has tasted victory at Bathurst five times. He has more race wins than any other driver and is only bettered for pole positions by Peter Brock...but there is more to Skaife than just a set of impressive statistics. He remains, even in retirement, one of the most popular names in the sport, now entrenched even further with his role as a commentator with Channel 7. Mark Skaife: The Racing Years will focus entirely on his motor racing career, looking at the cars and races that defined his career. The awesome 'Nissan Godzilla' - the car that killed Group A in this country - the 'Golden Child' - the VX Commodore that has won more races than any other single car in Australian touring car racing - will feature alongside cars such as the VE Commodore that was his last drive and the Spa Formula Brabham car that took him to consecutive titles in the Drivers' Championship. As an officially licensed product for Mark Skaife, this book is being created with his help and will gain extra sales potential from his new role as a commentator for the V8 Supercar Championship Series and his ambassadorial role with Holden.

» Have you read this book? We'd like to know what you think about it - write a review about Mark Skaife: The Racing Years book by Andrew Clarke and you'll earn 50c in Boomerang Bucks loyalty dollars (you must be a Boomerang Books Account Holder - it's free to sign up and there are great benefits!)


A Preview for this title is currently not available.
More Books By Andrew Clarke
View All

The Marcus Clarke Memorial Volume: Containing Selections from the Writings of Marcus Clarke, Together with Lord Rosebery's Letter, Etc., and a Biography of the Deceased Author
$89.04 $98.93