'For lovers of Jack Reacher and Jason Bourne there is a new gun in town . . . I want him on my side.' Michael Robotham

'A gripping, hold-on-to-your-hats ride that will leave you wanting more.' Daily Telegraph

'No one emerges from this story unscathed . . . [a] cinematic level of action and excitement.' Publishers Weekly

Ex-undercover cop Marshall Grade is hiding out in California when he learns that the federal agent who was his ticket into witness protection has survived a kidnapping. The captors had a simple question: where is Marshall Grade?

Marshall's undercover work has left him with a long list of enemies, and the enemy in this case is a corrupt businessman named Dexter Vine. But what has Marshall done to make Dexter want him dead? And are the contacts from his old life prepared to help him, or will they just sell him out?

This explosive thriller from the author of the bestselling American Blood is an electrifying ride through the darkened backstreets of America, where old scores are never really settled and you never know who you can trust. 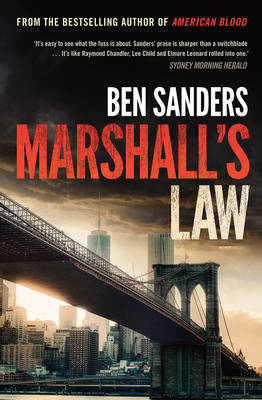 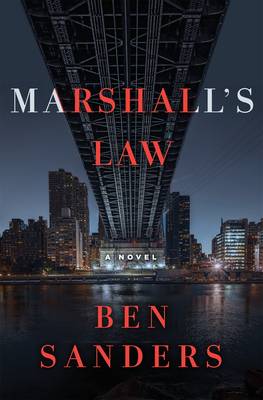 » Have you read this book? We'd like to know what you think about it - write a review about Marshall'S Law book by Ben Sanders and you'll earn 50c in Boomerang Bucks loyalty dollars (you must be a Boomerang Books Account Holder - it's free to sign up and there are great benefits!)

Ben Sanders is the author of four previous novels: The Fallen (2010), By Any Means (2011), and Only The Dead (2013), all of which were New Zealand fiction bestsellers. Sanders' first three novels were written while he was studying at university; he graduated in 2012 with a Bachelor of Engineering, but now writes full-time. His first US-based novel, American Blood, was a bestseller in Australia and New Zealand. Ben lives in Auckland, New Zealand.