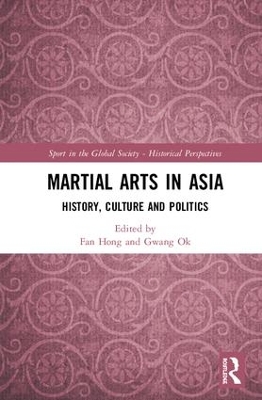 The reawakening of Asian martial arts is a distinct example of cultural hybridity in a global setting. This book deals with history of Asian martial arts in the contexts of tradition, religion, philosophy, politics and culture. It attempts to deepen the study of martial arts studies in their transformation from traditional to modern sports. It is also important that this book explores how Asian martial arts, including Shaolin martial arts and Taekwondo, have worked as tools for national advocate of identities among Asians in order to overcome various national hardships and to promote nationalism in the modern eras. The Asian martial arts certainly have been transformed in both nature and content into unique modern sports and they have contributed to establishing cultural homogeneity in Asia. This phenomenon can be applied to the global community.

The chapters in this book were originally published as a special issue in the International Journal of the History of Sport.

Other Editions - Martial Arts in Asia by Fan Hong 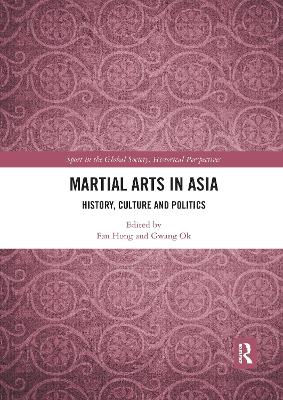 » Have you read this book? We'd like to know what you think about it - write a review about Martial Arts in Asia book by Fan Hong and you'll earn 50c in Boomerang Bucks loyalty dollars (you must be a Boomerang Books Account Holder - it's free to sign up and there are great benefits!)

Fan Hong is professor in Asian Studies at Bangor University, UK. Her research interest is in the areas of gender studies and cross-cultural studies with special reference to China and Chinese sport. Gwang Ok is regional board editor of The International Journal of the History of Sport and editor of Asia Pacific Journal of Sport and Social Science. He is editor in chief of The Journal of Korean Alliance of Martial Arts and Korean Journal of Golf Studies. He has published in The International Journal of the History of Sport, Korean Journal of Physical Education, Recreation and Dance, and The Korean Journal of Physical Education. His publications in English include the monograph The Transformation of Modern Korean Sport: Imperialism, Nationalism, Globalization (2007) and chapters, respectively, in The Olympics in East Asia: Nationalism, Regionalism and Globalism on the Center Stage of World Sports (2011) and Korean Leisure: from Tradition to Modernity (2010). He is a co-editor with J. A. Mangan and Sandra Collins of The Triple Asian Olympics: Asia Rising - the Pursuit of National Identity, International Recognition and Global Esteem (2012).

A Preview for this title is currently not available.
More Books By Fan Hong
View All

Footbinding, Feminism and Freedom: The Liberation of Women's Bodies in Modern China
$94.04 $94.99

Delivering Olympic and Elite Sport in a Cross Cultural Context: From Beijing to London
$70.19 $77.99