Charles Dickens's powerful black comedy of of hypocrisy and greed, Martin Chuzzlewit is edited with an introduction and notes by Patricia Ingham in Penguin Classics.

The greed of his family has led wealthy old Martin Chuzzlewit to become suspicious and misanthropic, leaving his grandson and namesake to make his own way in the world. And so young Martin sets out from the Wiltshire home of his supposed champion, the scheming architect Pecksniff, to seek his fortune in America. In depicting Martin's journey - an experience that teaches him to question his inherited self-interest and egotism - Dickens created many vividly realized figures- the brutish lout Jonas Chuzzlewit, plotting to gain the family fortune; Martin's optimistic manservant, Mark Tapley; gentle Tom Pinch; and the drunken and corrupt private nurse, Mrs Gamp. With its portrayal of greed, blackmail and murder, and its searing satire on America Dickens's novel is a powerful and blackly comic story of hypocrisy and redemption.

In her introduction, Patricia Ingham examines characterization, the central themes of the novel, and Dickens's depiction of America. This edition also includes two new prefaces, Dickens's postscript written in 1868, his working papers, a note on Mrs Gamp's eccentric speech, a chronology, updated further reading, appendices and original illustrations by 'Phiz'.

Charles Dickens is one of the best-loved novelists in the English language, whose 200th anniversary was celebrated in 2012. His most famous books, including Oliver Twist, Great Expectations, A Tale of Two Cities, David Copperfield and The Pickwick Papers, have been adapted for stage and screen and read by millions.
If you enjoyed Martin Chuzzlewit, you might like Dickens's Dombey and Son, also available in Penguin Classics. 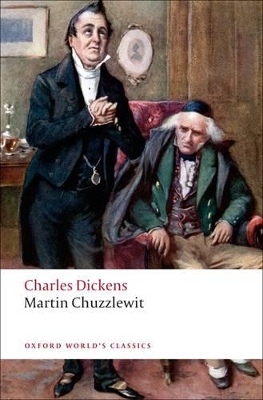 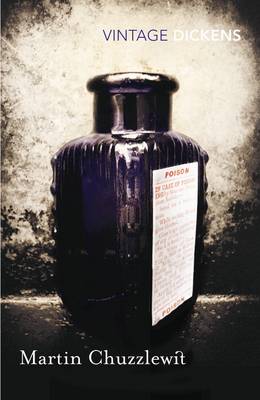 » Have you read this book? We'd like to know what you think about it - write a review about Martin Chuzzlewit book by Charles Dickens and you'll earn 50c in Boomerang Bucks loyalty dollars (you must be a Boomerang Books Account Holder - it's free to sign up and there are great benefits!)

Charles Dickens (1812-70) was a political reporter and journalist whose popularity was established by the phenomenally successful PICKWICK PAPERS (1836-7). His novels captured and held the public imagination over a period of more than thirty years. Dickens is considered one of the greatest novelists in the English language.Patricia Ingham is Fellow of St Anne's College, Reader in English, and The Times Lecturer in English at the University of Oxford.