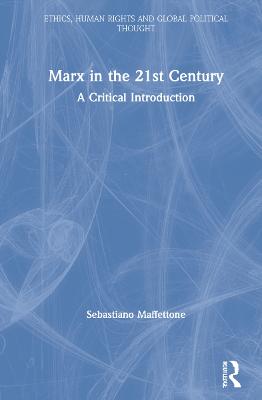 Marx in the 21st Century: A Critical Introduction

Description - Marx in the 21st Century: A Critical Introduction by Sebastiano Maffettone

This book introduces Marx as a political philosopher to the 21st-century reader. Equal parts comprehensive, accessible, and engaging, it presents an unconventional reinterpretation of class struggle. Maffettone sheds light on Marx the individual, the intellectual, the political leader and icon, and links his lasting legacy to contemporary theories of justice.

As one of the most prominent intellectual presences in history, Marx should not be read as a theorist of communism and socialism. Rather, he was, is, and shall remains today and remain for the foreseeable future, a radical critic of liberalism and capitalism. Within this innovative interpretive framework, he must be kept absolutely present in the analysis of contemporary politics. Under such premise, the volume explores Marx's life, his thoughts, his most important writings, his works on historical materialism and economic theory with a focus on concepts of labor, commerce, capitalism, and surplus. The book also includes discussions on the Manuscripts of 1844, the Manifesto of 1848, and a brief critical summary of Capital.

A truly definitive work on the "phenomenon" that is Marx, this critical introduction will be of immense interest to scholars and researchers of political science, modern history, cultural studies, social anthropology, political philosophy, critical theory, justice, and economics, as well as appeal to the general reader.

Other Editions - Marx in the 21st Century: A Critical Introduction by Sebastiano Maffettone 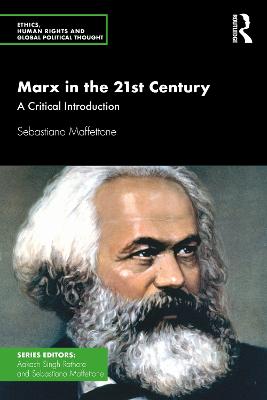 Book Reviews - Marx in the 21st Century: A Critical Introduction by Sebastiano Maffettone

» Have you read this book? We'd like to know what you think about it - write a review about Marx in the 21st Century: A Critical Introduction book by Sebastiano Maffettone and you'll earn 50c in Boomerang Bucks loyalty dollars (you must be a Boomerang Books Account Holder - it's free to sign up and there are great benefits!)


A Preview for this title is currently not available.
More Books By Sebastiano Maffettone
View All