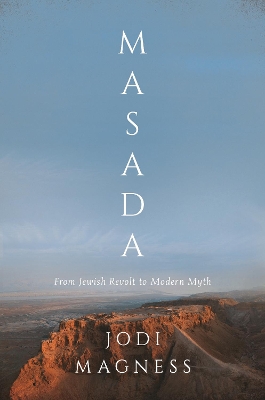 A new account of the famous site and story of the last stand of a group of Jewish rebels who held out against the Roman Empire Two thousand years ago, 967 Jewish men, women, and children-the last holdouts of the revolt against Rome following the fall of Jerusalem and the destruction of the Second Temple-reportedly took their own lives rather tha

» Have you read this book? We'd like to know what you think about it - write a review about Masada: From Jewish Revolt to Modern Myth book by Jodi Magness and you'll earn 50c in Boomerang Bucks loyalty dollars (you must be a Boomerang Books Account Holder - it's free to sign up and there are great benefits!)


A Preview for this title is currently not available.
More Books By Jodi Magness
View All