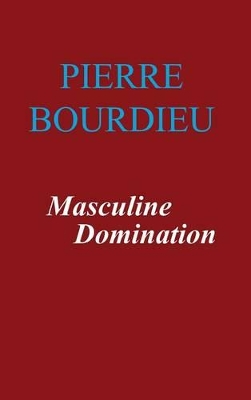 Masculine domination is so deeply ingrained in our unconscious that
we hardly perceive all of its dimensions. It is so much in line
with our expectations that we struggle to call it fully into
question. Pierre Bourdieu's ethnographic analysis of gender
divisions in Kabyle society, as a living reservoir of the
Mediterranean cultural tradition, provides a potent instrument for
disclosing the symbolic structures of the androcentric unconscious
which survives in the men and women of our own societies.

Bourdieu analyses masculine domination as a paradigmatic form of
symbolic violence - the kind of gentle, invisible, pervasive
violence which is exercised through cognition and misrecognition,
knowledge and sentiment, often with the unwitting consent of the
dominated. To understand this form of domination we must analyse
both its invariant features and the historical work of
dehistoricization through which social institutions - family,
school, church, state - eternalize the arbitrary at the root of
men's power. This analysis leads directly to the political
question: can we neutralize the mechanisms through which history is
continuously turned into nature, thereby freeing the forces of
change and accelerating the incipient transformations of the
relations between the sexes?


This new book by Pierre Bourdieu - which has been a bestseller
in France - will be essential reading for students and scholars
across the social sciences and humanities and for anyone concerned
with questions of gender, sexuality and power. 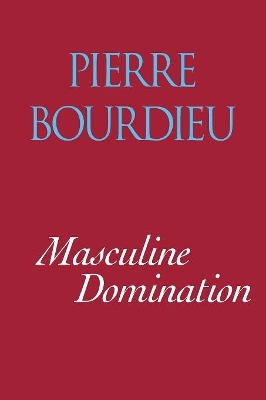 » Have you read this book? We'd like to know what you think about it - write a review about Masculine Domination book by Pierre Bourdieu and you'll earn 50c in Boomerang Bucks loyalty dollars (you must be a Boomerang Books Account Holder - it's free to sign up and there are great benefits!)

Pierre Bourdieu was Professor of Sociology at the College de France.