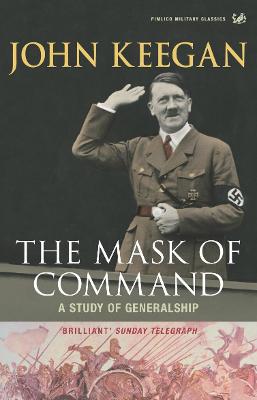 The Mask of Command

A Study of Generalship

Description - The Mask of Command by John Keegan

'The brilliant, vivid pictures of each subject are interspersed with reflections on the relation between society and the use of force. The framework of four masks gives the author the opportunity to display not only his encyclopaedic knowledge of military history, but also his sparkling literary skill.' Field Marshal Lord Carver, Sunday Telegraph

THE MASK OFCOMMAND is about generals- who they are, what they do and how they affect the world we live in. Most studies of generalship have focused on individual character and behaviour. While these are not neglected in this remarkable book, its central argument is that, like warfare itself, generalship is a cultural enterprise, providing a key to understanding a particular era or place, as much as it is an exercise in power or military skill. Through portraits of four generals- archetypal hero Alexander the Great, anti- hero Wellington, the unheroic Ulysses S. Grant and the false heroic of Hitler- John Keegan propounds the view of heroism in warfare as inextricable linked with the political imperative of the age and place. He demonstrates how the role of the general alters with the ethos of the society that creates him and concludes that there is no place for heroism in a nuclear world. THE MASK OFCOMMAND is a companion volume to John Keegan's classic study of the individual soldier, THE FACE OF BATTLE- together they form a masterpiece of military and human history.

Other Editions - The Mask of Command by John Keegan 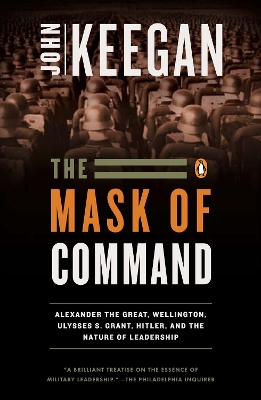 Book Reviews - The Mask of Command by John Keegan

» Have you read this book? We'd like to know what you think about it - write a review about Mask of Command book by John Keegan and you'll earn 50c in Boomerang Bucks loyalty dollars (you must be a Boomerang Books Account Holder - it's free to sign up and there are great benefits!)

John Keegan is the Defence Editor of the Daily Telegraph and Britain's foremost military historian. The Reith Lecturer in 1998, he is the author of many bestselling books including The Face of Battle, Six Armies in Normandy, Battle at Sea, The Second World War, A History of Warfare (awarded the Duff Cooper Prize), Warpaths, The Battle for History, The First World War, and most recently, Intelligence in War. For many years John Keegan was the Senior Lecturer in Military History at the Royal Military Academy Sandhurst, and he has been a Fellow of Princeton University and Delmas Distinguished Professor of History at Vassar. He is Fellow of the Royal Society of Literature. He received the OBE in the Gulf War honours list, and was knighted in the Millennium honours list in 1999.

A Preview for this title is currently not available.
More Books By John Keegan
View All