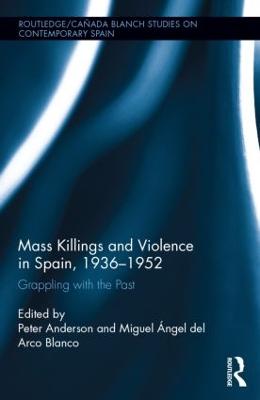 Grappling with the Past

Description - Mass Killings and Violence in Spain, 1936-1952 by Peter Anderson

Historians have only recently established the scale of the violence carried out by the supporters of General Franco during and after the Spanish Civil War of 1936-1939. An estimated 88,000 unidentified victims of Francoist violence remain to be exhumed from mass graves and given a dignified burial, and for decades, the history of these victims has also been buried. This volume brings together a range of Spanish and British specialists who offer an original and challenging overview of this violence. Contributors not only examine the mass killings and incarcerations, but also carefully consider how the repression carried out in the government zone during the Civil War - long misrepresented in Francoist accounts - seeped into everyday life. A final section explores ways of facing Spain's recent violent past.

Other Editions - Mass Killings and Violence in Spain, 1936-1952 by Peter Anderson 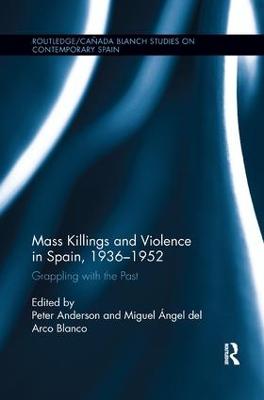 » Have you read this book? We'd like to know what you think about it - write a review about Mass Killings and Violence in Spain, 1936-1952 book by Peter Anderson and you'll earn 50c in Boomerang Bucks loyalty dollars (you must be a Boomerang Books Account Holder - it's free to sign up and there are great benefits!)