The fabulous sequel to 2019's hit debut novel: Master of Sorrows.Annev has avoided one fate. But a darker path may still claim him . . . After surviving the destruction of Chaenbalu, new mysteries and greater threats await Annev and his friends in the capital city of Luqura. As they navigate the city's perilous streets, Annev searches for a way to control his nascent magic and remove the cursed artifact now fused to his body. But what might removing it cost him? As Annev grapples with his magic, Fyn joins forces with old enemies and new allies, waging a secret war against Luqura's corrupt guilds in the hopes of forging his own criminal empire. Deep in the Brakewood, Myjun is learning new skills of her own as apprentice to Oyru, the shadow assassin who attacked the village of Chaenbalu - but the power of revenge comes at a daunting price. And back in Chaenbalu itself, left for dead in the Academy's ruins, Kenton seeks salvation in the only place he can: the power hoarded in the Vault of Damnation . . .'Master of Sorrows is a brilliant and riveting tale about having the courage to find and choose one's path. I recommend this book for lovers of classic epic fantasy looking for a modern voice' NOVEL NOTIONS'A wonderful mix of the old and the new . . . if you're a fan of coming-of-age stories, magic schools, and the idea of what's right and what's wrong, then Master of Sorrows is the book for you' THE FANTASY INN'A very strong dark fantasy debut that will appeal directly to fans of The Poppy War and The Name of the Wind. It's intense, mystical and brutal' fantasybookreview.co.uk'This is an adventure well-worth embarking on, one filled with monsters, gods, deception and betrayal' booktopia.com 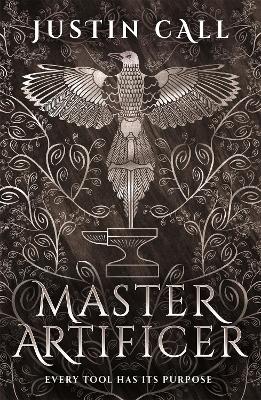 » Have you read this book? We'd like to know what you think about it - write a review about Master Artificer: The Silent Gods Book 2 book by Justin Call and you'll earn 50c in Boomerang Bucks loyalty dollars (you must be a Boomerang Books Account Holder - it's free to sign up and there are great benefits!)


A Preview for this title is currently not available.
More Books By Justin Call
View All