It is the spring of 1945, and the Nazis are eliminating all the witnesses to their horrible crimes, including Jews and foreigners remaining in the prison camps. Kommandant Repp, who is known as a master sniper, decides to hone his sniping abilities by taking a little target practice at the remaining laborers in his own prison camp. But one man escapes and becomes the key to solving the mystery of the cold, calculating Kommandmant Repp and his plans for ending the war.

Repp was the master sniper whose deadly talent had come to the notice of British Intelligence as the linchpin of a desperate Nazi plot to reverse the fortunes of the Third Reich at the eleventh hour. But what was the nature of the weapon that Repp was to aim--and who was to be his last target? Allied Intelligence officers Leets, from the U.S., and Outhwaite from England are dispatched to identify and abort his lethal mission. And when they finally learn the truth, the Second World War's deadliest race against time is on...

"Hunter is a deft craftsman with a sure sense of pace and scene. He also knows about irony and sprinkles just a bit over every corpse."-- "The Washington Post"

» Have you read this book? We'd like to know what you think about it - write a review about Master Sniper book by Stephen Hunter and you'll earn 50c in Boomerang Bucks loyalty dollars (you must be a Boomerang Books Account Holder - it's free to sign up and there are great benefits!)

Stephen Hunter is the author of 20 novels and the retired chief film critic for the Washington Post, where he won the 2003 Pulitzer Prize for Distinguished Criticism. His novels include The Third Bullet; Sniper's Honor; I, Sniper; I, Ripper; and Point of Impact, which was adapted for film and TV as Shooter. Hunter lives in Baltimore, Maryland. 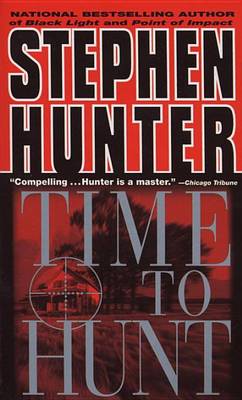 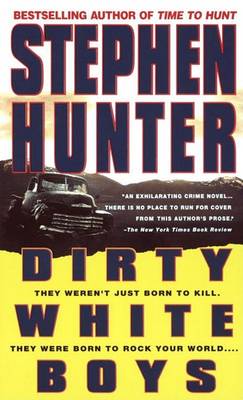