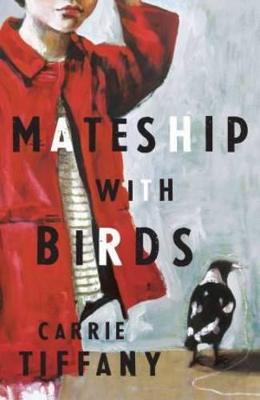 WINNER OF THE STELLA PRIZE 2013

On the outskirts of an Australian country town in the 1950s, a lonely farmer trains his binoculars on a family of kookaburras that roost in a tree near his house. Harry observes the kookaburras through a year of feast, famine, birth, death, war, romance and song. As Harry watches the birds, his next door neighbour has her own set of binoculars trained on him. Ardent, hard-working Betty has escaped to the country with her two fatherless children. Betty is pleased that her son, Michael, wants to spend time with the gentle farmer next door. But when Harry decides to teach Michael about the opposite sex, perilous boundaries are crossed.

Mateship with Birds is a novel about young lust and mature love. It is a hymn to the rhythm of country life - to vicious birds, virginal cows, adored dogs and ill-used sheep. On one small farm in a vast, ancient landscape, a collection of misfits question the nature of what a family can be.

Other Editions - Mateship with Birds by Carrie Tiffany 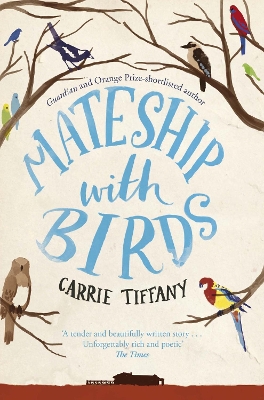 » Have you read this book? We'd like to know what you think about it - write a review about Mateship with Birds book by Carrie Tiffany and you'll earn 50c in Boomerang Bucks loyalty dollars (you must be a Boomerang Books Account Holder - it's free to sign up and there are great benefits!)

Carrie Tiffany was born in West Yorkshire and grew up in Western Australia. She spent her early twenties working as a park ranger in the Red Centre and now lives in Melbourne, where she works as an agricultural journalist. Her first novel, Everyman's Rules for Scientific Living (2005) was shortlisted for numerous awards including the Orange Prize, the Miles Franklin Literary Award, the Guardian First Book Award and the Commonwealth Writer's Prize, and won the Dobbie Award for Best First Book (2006) and the 2006 Western Australian Premier's Award for Fiction. Mateship with Birds is her second novel.