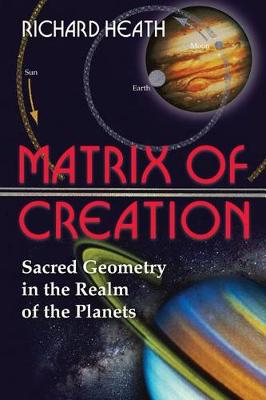 The Matrix of Creation

Sacred Geometry in the Realm of the Planets

Description - The Matrix of Creation by Richard Heath

* Reveals how ancient civilizations encoded their secret knowledge of the sky in mythology, music, and sacred measures

Humanity's understanding of number was deeper and richer when the concept of creation was rooted in direct experience. But modern sensibility favors knowledge based exclusively on physical laws. We have forgotten what our ancestors once knew: that numbers and their properties create the forms of the world. Ancient units of measurement held within them the secrets of cosmic proportion and alignment that are hidden by the arbitrary decimal units of modern mathematical thinking.

Sacred numbers arose from ancient man's observations of the heavens. Just as base ten numbers relate to the fingers and toes in terms of counting, each celestial period divides into the others like fingers revealing the base numbers of planetary creation. This ancient system made the art of counting a sacramental art, its units being given spiritual meanings beyond just measurement. The imperial yard, for example, retains a direct relationship to the Equator, the length of a day and a year, and the angular values of Earth, Moon, and Jupiter.

The ancients encoded their secret knowledge of the skies within mythology, music, monuments, and units of sacred measurement. They understood that the ripeness of the natural world is the perfection of ratio and realized that the planetary environment--and time itself--is a creation of number.


Other Editions - The Matrix of Creation by Richard Heath 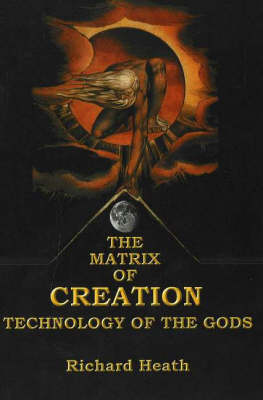 Book Reviews - The Matrix of Creation by Richard Heath

» Have you read this book? We'd like to know what you think about it - write a review about Matrix of Creation book by Richard Heath and you'll earn 50c in Boomerang Bucks loyalty dollars (you must be a Boomerang Books Account Holder - it's free to sign up and there are great benefits!)

Richard Heath is a Web developer and author with degrees in electrical and computer engineering. He lives in Pembrokeshire, Wales.

A Preview for this title is currently not available.
More Books By Richard Heath
View All