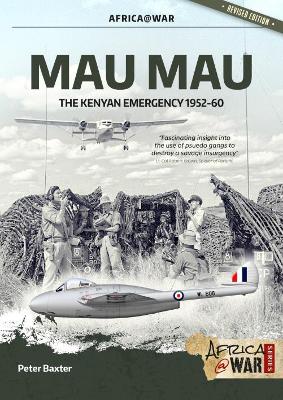 The Second World War forever altered the complexion of the British Empire. From Cyprus to Malaya, from Borneo to Suez, the dominoes began to fall within a decade of peace in Europe. Africa in the late 1940s and 1950s was energised by the grant of independence to India, and the emergence of a credible indigenous intellectual and political caste that was poised to inherit control from the waning European imperial powers. The British on the whole managed to disengage from Africa with a minimum of ill feeling and violence, conceding power in the Gold Coast, Nigeria and Sierra Leone under an orderly constitutional process, and engaging only in the suppression of civil disturbances in Nyasaland and Northern Rhodesia as the practicalities of a political handover were negotiated. In Kenya, however, matters were different. A vociferous local settler lobby had accrued significant economic and political authority under a local legislature, coupled with the fact that much familial pressure could be brought to bear in Whitehall by British settlers of wealth and influence, most of whom were utterly irreconciled to the notion of any kind of political handover. Mau Mau was less than a liberation movement, but much more than a mere civil disturbance. Its historic importance is based primarily on the fact that the Mau Mau campaign was one of the first violent confrontations in sub-Saharan Africa to take place over the question of the self-determination of the masses. It also epitomized the quandary suffered by the white settler communities of Africa who had been promised utopia in an earlier century, only to be confronted in a post-war world by the completely unexpected reality of black political aspiration. This book journeys through the birth of British East Africa as a settled territory of the Empire, and the inevitable politics of confrontation that emerged from the unequal distribution of resources and power. It covers the emergence and growth of Mau Mau, and the strategies applied by the British to confront and nullify what was in reality a tactically inexpert, but nonetheless powerfully symbolic black expression of political violence. That Mau Mau set the tone for Kenyan independence somewhat blurred the clean line of victory and defeat. The revolt was suppressed and peace restored, but events in the colony were nevertheless swept along by the greater movement of Africa toward independences, resulting in the eventual establishment of majority rule in Kenya in 1964.

Other Editions - Mau Mau: The Kenyan Emergency 1952-60 by Peter Baxter » Have you read this book? We'd like to know what you think about it - write a review about Mau Mau: The Kenyan Emergency 1952-60 book by Peter Baxter and you'll earn 50c in Boomerang Bucks loyalty dollars (you must be a Boomerang Books Account Holder - it's free to sign up and there are great benefits!)


A Preview for this title is currently not available.
More Books By Peter Baxter
View All

France in Centrafrique: From Bokassa and Operation Barracude to the Days of Eufor
$40.16 $44.62