Maudie tests love to its limits,
and Bear passes the test every time. Maudie's world revolves around Maudie. Bear's
world also revolves around Maudie-he is as
patient and solid as a rock. Maudie is so confident
of Bear's love that she makes demands, throws
tantrums, lays down rules and lets Bear do all the
work, knowing he will love her unconditionally. And
he does ... right to the end.

Other Editions - Maudie and Bear by Jan Ormerod 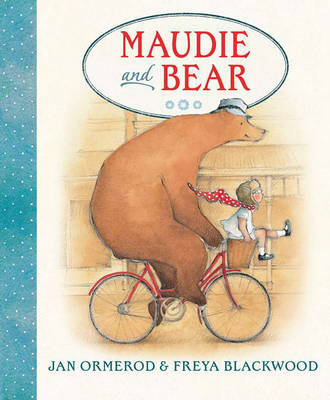 » Have you read this book? We'd like to know what you think about it - write a review about Maudie and Bear book by Jan Ormerod and you'll earn 50c in Boomerang Bucks loyalty dollars (you must be a Boomerang Books Account Holder - it's free to sign up and there are great benefits!)