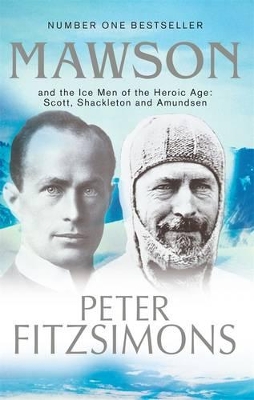 History comes to life with Peter FitzSimons in the story of Australia's most famous polar explorer and the giants from the heroic age of polar exploration- Scott, Amundsen and Shackleton.

History comes to life with Peter FitzSimons in the story of Australia's most famous polar explorer and the giants from the heroic age of polar exploration- Scott, Amundsen and Shackleton.

Sir Douglas Mawson, born in 1882 and knighted in 1914, remains Australia's greatest Antarctic explorer. On 2 December 1911, his Australasian Antarctic Expedition left Hobart to explore the virgin frozen coastline below Australia, 2000 miles of which had never felt the tread of a human foot. He was on his way to fulfil a national dream he had first conceived three years earlier, while on his first trip to the frozen continent on the Nimrod expedition under the leadership of the charismatic Anglo-Irishman Sir Ernest Shackleton. Even as Mawson and his men were approaching Antarctica, two other famous Antarctic explorers were already engaged in nothing less than a race to become the first men to reach the South Pole. While Roald Amundsen of Norway, with his small team, was racing with dogs along one route, England's legendary Scott of the Antarctic, with his far larger team, was relying primarily on ponies and 'man-hauling' to get there along another. As Mawson and his men make their home on the windiest place on earth and prepare for their own record-breaking treks, with devastating drama to be their constant companion, the stories of Amundsen and Scott similarly play out. With his trademark in-depth research, FitzSimons provides a compelling portrait of these great Antarctic explorers. For the first time, he weaves together their legendary feats into one thrilling account, bringing the jaw-dropping events of this bygone era dazzlingly back to life.

Other Editions - Mawson by Peter FitzSimons 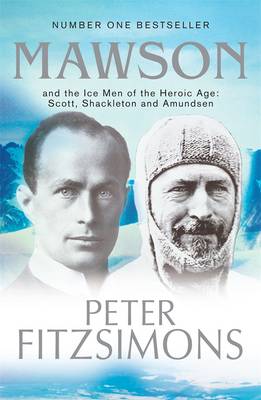 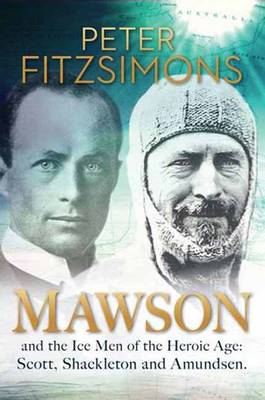 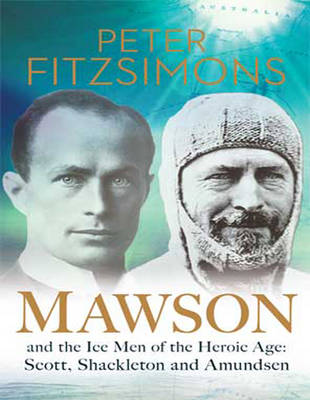 View all editions of Mawson by Peter FitzSimons

» Have you read this book? We'd like to know what you think about it - write a review about Mawson book by Peter FitzSimons and you'll earn 50c in Boomerang Bucks loyalty dollars (you must be a Boomerang Books Account Holder - it's free to sign up and there are great benefits!)