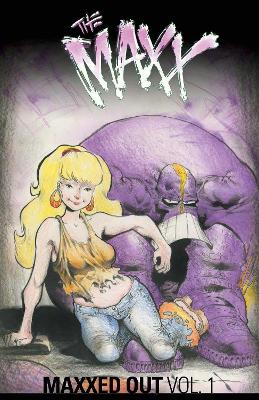 The Maxx Maxxed Out, Vol. 1

Description - The Maxx Maxxed Out, Vol. 1 by William Messner-Loebs

Sam Kieth's opus,The Maxx, is collected here in all its freshly-colored glory. Taking remastered pages from The Maxx- Maxximized, this new series of trade paperbacks packs 12-issues of Kieth goodness between the covers.

Originally published by Image Comics starting in 1993,The Maxxbecame a cult hit of independent comics spawning a TV show on MTV. The series follows its titular hero in the real world as a vagrant and in an alternate reality called The Outback, where he sees himself as a superhero and protector of the Jungle Queen, represented by Julie Winters, a social worker and friend. The series lasted for 35 issues and ended in 1998.

Book Reviews - The Maxx Maxxed Out, Vol. 1 by William Messner-Loebs

» Have you read this book? We'd like to know what you think about it - write a review about Maxx Maxxed Out, Vol. 1 book by William Messner-Loebs and you'll earn 50c in Boomerang Bucks loyalty dollars (you must be a Boomerang Books Account Holder - it's free to sign up and there are great benefits!)