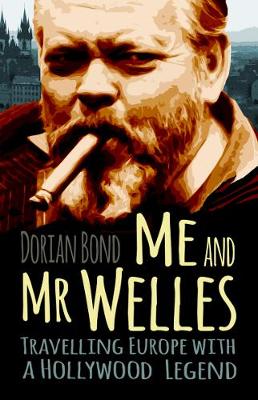 Me and Mr Welles

Travelling Europe with a Hollywood Legend

Description - Me and Mr Welles by Dorian Bond

A unique memoir featuring one of the most legendary Hollywood figures of all time. In late autumn 1968, callow youth Dorian Bond was charged with travelling to Yugoslavia to deliver cigars and film stock to legendary Hollywood director Orson Welles. The pair soon struck up an unlikely friendship, and Welles offered Bond the role of his personal assistant - as well as a part in his next movie. No formal education could prepare him for the journey that would ensue. This witty and fascinating memoir follows Welles, with Bond in tow, across Europe during the late 1960s as they travel through Italy and France visiting beautiful cities, staying at luxury hotels, eating in legendary restaurants, and reminiscing about Winston Churchill and Franklin Roosevelt, among others, and famous movie stars like Rita Hayworth, Laurence Olivier, Marlene Dietrich, Richard Burton, Elizabeth Taylor, Charlton Heston and Steve McQueen. Set against the backdrop of the student riots of '68, the Vietnam War, the Manson killings, the rise of Roman Polanski, the Iron Curtain, and Richard Nixon's presidency, Me and Mr Welles brings to life a fascinating period in history ... and one of cinema's most charismatic characters. AUTHOR: Dorian Bond has long been a student of British military history and has visited battlefields across the world. He is the author of Famous Regiments of the British Army (THP, 2017), and was formerly the personal assistant to Orson Welles. 15 b/w illustrations

Book Reviews - Me and Mr Welles by Dorian Bond

» Have you read this book? We'd like to know what you think about it - write a review about Me and Mr Welles book by Dorian Bond and you'll earn 50c in Boomerang Bucks loyalty dollars (you must be a Boomerang Books Account Holder - it's free to sign up and there are great benefits!)


A Preview for this title is currently not available.
More Books By Dorian Bond
View All