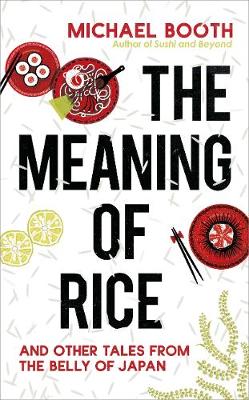 The Meaning of Rice

And Other Tales from the Belly of Japan

Description - The Meaning of Rice by Michael Booth

In this often hilarious yet deeply researched book, food and travel writer Michael Booth and his family embark on an epic journey the length of Japan to explore its dazzling food culture. They find a country much altered since their previous visit ten years earlier (which resulted in the award-winning international bestseller Sushi and Beyond).

Over the last decade the country's restaurants have won a record number of Michelin stars and its cuisine was awarded United Nations heritage status. The world's top chefs now flock to learn more about the extraordinary dedication of Japan's food artisans, while the country's fast foods - ramen, sushi and yakitori - have conquered the world. As well as the plaudits, Japan is also facing enormous challenges. Ironically, as Booth discovers, the future of Japan's culinary heritage is under threat.

Often venturing far off the beaten track, the author and his family discover intriguing future food trends and meet a fascinating cast of food heroes, from a couple lavishing love on rotten fish, to a chef who literally sacrificed a limb in pursuit of the ultimate bowl of ramen, and a farmer who has dedicated his life to growing the finest rice in the world... in the shadow of Fukushima. They dine in the greatest restaurant in the world, meet the world champion of cakes, and encounter wild bears. Booth is invited to judge the world sushi championship, 'enjoys' the most popular Japanese dish you have never heard of aboard a naval destroyer, and unearths the unlikely story of the Englishwoman who helped save the seaweed industry.

Sushi and Beyond was also a bestseller in Japanese where its success has had improbable consequences for Booth and his family. They now star in their own popular cartoon series produced by national broadcaster NHK.

Other Editions - The Meaning of Rice by Michael Booth 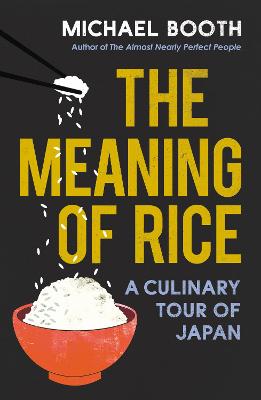 Book Reviews - The Meaning of Rice by Michael Booth

» Have you read this book? We'd like to know what you think about it - write a review about Meaning of Rice book by Michael Booth and you'll earn 50c in Boomerang Bucks loyalty dollars (you must be a Boomerang Books Account Holder - it's free to sign up and there are great benefits!)

Michael Booth is the author of five books, including the international bestseller, The Almost Nearly Perfect People, winner of the British Guild of Travel Writers award for Book of the Year, and Sushi and Beyond, which won the Guild of Food Writers award

Three Tigers, One Mountain: A Journey through the Bitter History and Current Conflicts of China, Korea and Japan
$29.75 $35.00