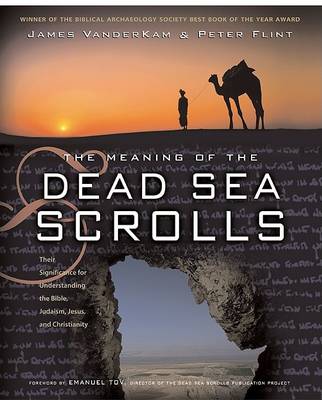 The Meaning Of The Dead Sea Scrolls

The story of the discovery of the first Dead Sea Scrolls has become a part of Western lore. Who has not heard about the Bedouin shepherd who threw a rock into a cave, heard a crash, went in to explore, and found the scrolls The story in that form may be accurate, but it turns out to be something of a simplification. As a matter of fact, much remains unknown about the exact circumstances under which those scrolls were discovered. The story of the discovery at first deals with just one cave; the other ten were located at later times.

» Have you read this book? We'd like to know what you think about it - write a review about Meaning Of The Dead Sea Scrolls book by James C Vanderkam and you'll earn 50c in Boomerang Bucks loyalty dollars (you must be a Boomerang Books Account Holder - it's free to sign up and there are great benefits!)


A Preview for this title is currently not available.
More Books By James C Vanderkam
View All