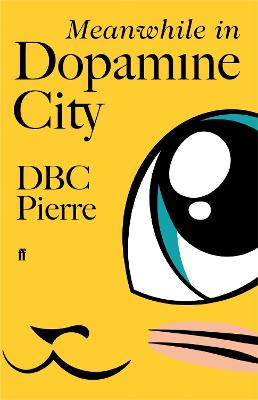 Meanwhile in Dopamine City: Shortlisted for the Goldsmiths Prize 2020

Description - Meanwhile in Dopamine City: Shortlisted for the Goldsmiths Prize 2020 by DBC Pierre

Meanwhile in Dopamine City is the story of Lonny Cush, sanitation worker and single parent, kind-hearted and red-blooded, who is trying his best to protect his kids from the hysterical hyper-reality of 21st century life.

He lives in an unnamed fictional world city, dominated by a huge tech company akin to Google. A manual worker - although he has been put forward for 'retraining', a euphemism for redundancy - Lonny is out of sync with the changes in his hometown and his century, and doesn't have the means to give his quiet teenage son Egan and his precocious, ultra-demanding nine-year-old daughter Shelby (one of the most memorably awful children in literature!) what they need, or say they need. But with his mother-in-law circling for custody, and needing to win back his kids' favour after he maybe went too far in discipling Shelby, he succumbs, splashing out on the thing Shelby wants more than anything else: her first smartphone.

And so begins the silken silence as she drifts off to her room and down the rabbit hole of memes, trolls, hysteria and peer-pressure, and the true, vertiginous terrors of 21st-century life start flooding into the Cush household. And what should Lonny do? Rescue her or follow her? Because who is right: Lonny, or the world he and everybody else is living in now?

Other Editions - Meanwhile in Dopamine City: Shortlisted for the Goldsmiths Prize 2020 by DBC Pierre 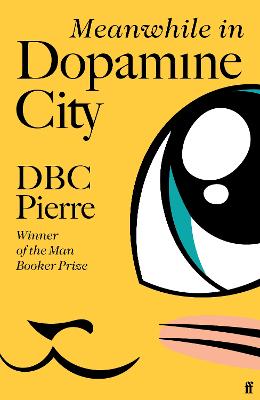 » Have you read this book? We'd like to know what you think about it - write a review about Meanwhile in Dopamine City: Shortlisted for the Goldsmiths Prize 2020 book by DBC Pierre and you'll earn 50c in Boomerang Bucks loyalty dollars (you must be a Boomerang Books Account Holder - it's free to sign up and there are great benefits!)

Meanwhile in Dopamine City is the fifth novel by Man-Booker Prize-winning Australian-born author, DBC Pierre (Peter Findlay). Having successfully managed to thus far resist Shelby-Anne’s persistent pleading for a smart-phone, one impulsive act by Lonregan Cush makes the purchase an essential part of keeping his little girl close. And if his nine-year-old has a smart-phone, he’ll need to enter the digital age too, swimming through the cyberspace miasma himself, to keep her safe.

If the closest it has ever been to sublime was before his wife, Diane died nine years earlier, Lonnie’s life, over the course of the novel, steadily progresses to the ridiculous, then to the tragic, and ultimately to the sad and pathetic, until the final, hopeful, pages. Along the way, he is swamped by more useless information than he could ever want or need. He loses his job, some of his friends, custody, his freedom and sometimes, hope.

More than half of the novel is presented in a rather annoying format of the main narrative (in which, as a further irritant, there are no quote marks for speech) together with a continuous sidebar that takes up a third of the page. This side bar is a newsfeed that relates to the main narrative (a bit like those annoying ads that pop up in your browser pages) consisting of (often bizarre) research and studies, equally bizarre apps, weird litigation, support campaigns for wacky causes (such as the rights of the virtually pregnant).

If, initially, the reader has to get past the blue-collar-worker patois without a phrase book, the story does later demonstrate the phenomenon of language being unrecognisably altered at viral speed through trendsetters dictating use. With occasionally convoluted, but always rich descriptive prose, Pierre also explores the awful potential of trust scores. This is a funny, clever and insightful commentary on the world we now inhabit, and the Often scary) direction it is taking. This unbiased review is from an uncorrected proof copy provided by NetGalley and Faber & Faber