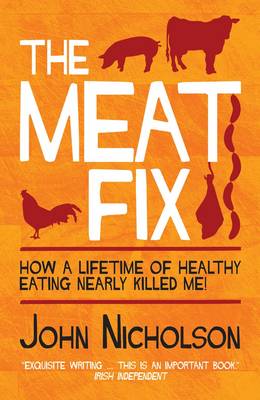 How a Lifetime of Healthy Eating Nearly Killed Me

For twenty-six long years, John Nicholson was a vegetarian. No meat, no fish, no guilt. He was a walking advert for healthy eating. Brown rice, lentils, tofu, fruit, vegetables, low fat and low cholesterol - in the battle of good food versus bad, he should have been on the winning side. But the exact opposite was true: his diet was making him ill. Really ill. Joint pain? Tick. Exhaustion? Tick. Chronic IBS and piles? Tick, tick. Not to mention the fat belly and the sky-high cholesterol. His mind may have forgotten its taste for flesh and blood but had his body? Tired of being sick, John decided to do the unthinkable: eat meat and eat lots of it. Going against all the official healthy-eating advice, he returned to an old fashioned red-blooded, full-fat, high-cholesterol diet. The results were spectacular. Twenty-four hours later, he felt better. After forty-eight hours he was fighting fit. Twelve months on, he had become a new person. His health was utterly transformed. He was first shocked, then delighted, then damn angry.
The Meat Fix charts one man's journey to the top of the food chain, uncovering in the process an alternate universe of research condemning everything we think we know about healthy eating as little more than illusion, guesswork and marketing. The body is a temple - but, as John Nicholson discovered, we may have forgotten how to worship it.

Other Editions - The Meat Fix by John Nicholson 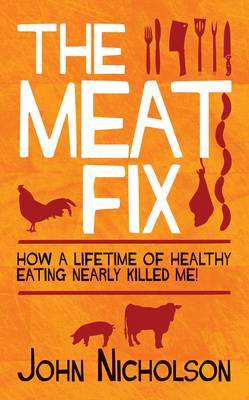 » Have you read this book? We'd like to know what you think about it - write a review about Meat Fix book by John Nicholson and you'll earn 50c in Boomerang Bucks loyalty dollars (you must be a Boomerang Books Account Holder - it's free to sign up and there are great benefits!)

JOHN NICHOLSON is the star columnist or www.football365.com. His WE ATE ALL THE PIES was long listed for the 2010 William Hill Book of the Year prize. He lives in Norfolk.

A Preview for this title is currently not available.
More Books By John Nicholson
View All