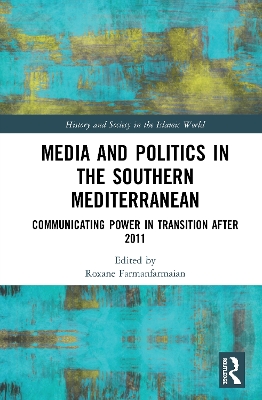 Media and Politics in the Southern Mediterranean

Transition in Tunisia, Morocco and Turkey

Description - Media and Politics in the Southern Mediterranean by Roxane Farmanfarmaian

This edited volume presents ground-breaking empirical research on the media in political transition in Tunisia, Turkey and Morocco. Focusing on developments in the wake of the region's upheavals in 2011, it offers a new theoretical framework for understanding mediascapes in the confessional and hybrid-authoritarian systems of the Middle East.

In this book, media scholars focus on three themes: the media's structure as an expression of governance, the media's function as a reflection of the market, and the media's agency in communicating between power and the public. The result is a unique addition to the literature on two counts. Firstly, analysis of similar players, issues and processes in each country produces a thematically consistent comparative assessment of the media's role across the southern Mediterranean region. The first cross-country comparison of specific media practices in the Middle East, it covers issues such as women in talk shows, media's relationship with surveillance, and comparative practices of media regulation. Secondly, actualising the idea that media reflects the society that produces it, the studies here draw on field data to lay the foundations for a new theory of media, Values and Status Negotiation (VSN), which evolved from the region's unique characteristics and practices, and offers an alternative to prevailing Western-centric approaches to media analysis.

Media and Politics in the Southern Mediterranean will appeal to students and scholars of politics, sociology, Media Studies, Cultural Studies and Middle Eastern Studies.

» Have you read this book? We'd like to know what you think about it - write a review about Media and Politics in the Southern Mediterranean book by Roxane Farmanfarmaian and you'll earn 50c in Boomerang Bucks loyalty dollars (you must be a Boomerang Books Account Holder - it's free to sign up and there are great benefits!)

A Preview for this title is currently not available.
More Books By Roxane Farmanfarmaian
View All