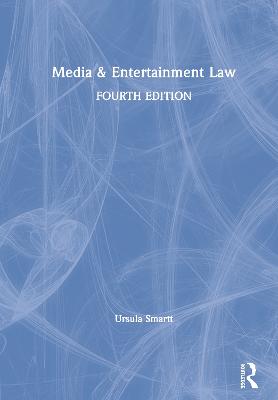 The fourth edition of Media and Entertainment Law has been fully updated, analysing some of the most recent judgments in media law from across the United Kingdom, such as Cliff Richard v the BBC, Max Schrems v Facebook and the Irish Information Commissioner, developments on the 'right to be forgotten' (NT1 and NT2) and ABC v Daily Telegraph (Sir Philip Green).

The book's two main themes are freedom of expression and an individual's right to privacy. Regulation of the communication industries is covered extensively, including discussion of the print press and its online editions following Leveson, traditional broadcasting regulations for terrestrial TV and radio as well as media activities on converged devices, such as tablets, iPads, mobile phone devices and 'on demand' services. Intellectual property law (specifically copyright) in the music and entertainment industries is also explored in the book's later chapters.

Also new to this edition are sections on:

The fourth edition also features a variety of pedagogical features to encourage critical analysis of case law and one's own beliefs. 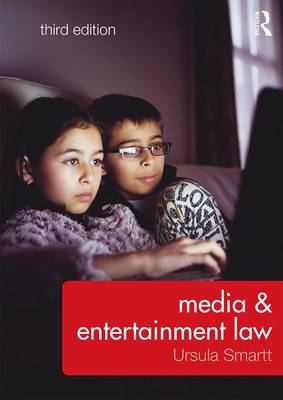 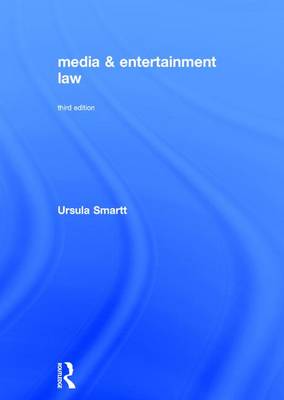 » Have you read this book? We'd like to know what you think about it - write a review about Media & Entertainment Law book by Ursula Smartt and you'll earn 50c in Boomerang Bucks loyalty dollars (you must be a Boomerang Books Account Holder - it's free to sign up and there are great benefits!)

THE DEFINITIVE LEGAL TEXT FOR MEDIA PROFESSIONALS- WITH A FOREWORD BY BARONESS HELENA KENNEDY QC An appreciation by Elizabeth Robson Taylor of Richmond Green Chambers and Phillip Taylor MBE, Head of Chambers, Reviews Editor, “The Barrister” and Mediator

For media lawyers, students and the increasingly wide spectrum of media folk, from journalists to web content developers and so forth, the publication of this new fourth edition of ‘Media and Entertainment Law’ by Ursula Smartt will surely be a cause for some celebration.

The relentless pace of technological change in the media landscape means that this is a book that’s badly needed and having gone through four editions since 2011, it has become a highly regarded work of reference in this fast developing and often fraught area of law. From print to film, to broadcasting, none of the traditional media have evolved with such dizzying speed as the internet. Vast as it is, it remains the only medium which is almost totally unregulated. More than a few commentators have compared it to the Wild West, a new frontier which is completely lawless.

In our review of the 2017 edition of Ursula’s book, we, at Richmond Green Chambers, noted her comments on the internet which still apply, namely that it is ‘ubiquitous, influential, international and almost universally accessible’ and one might add, still as difficult to regulate.

There have been numerous attempts at regulation, as detailed in this book, including initiatives by the European Union to regulate hate speech, to cite only one example. The key question is: ‘Can cyberspace be regulated and governed?’ Well — largely due to several geo-political factors, the immediate answer would have to be ‘not yet’. ‘There is yet no universally agreed upon definition of internet governance,’ says the author, ‘especially in areas such as intellectual property, privacy law enforcement, internet free speech and cyber security’. Nonetheless, the carefully researched and informed discussion on this and related matters is what distinguishes this book. Overall, the focus is on two main themes: freedom of expression and the right of the individual to privacy. Either separately or together, each of these issues has become a hot topic of late and therefore intensively scrutinized in this new edition. Also new to this edition — and this is only a shortlist —are sections on ‘the right to be forgotten’…the media’s increasing access to the courts…and regulations pertaining to the press, broadcasting, advertising, film, video and online music distribution services. Also note another topic that’s still smokin’ hot: election and party-political broadcast regulations with the focus on social media and election fraud.

Notice too, the 27-page glossary — likely the most useful glossary you’re likely to come across, containing thorough yet concise definitions for all the relevant legal terms, including Latin tags and all those pesky acronyms. Given the ubiquity of the media and its influence in modern life, this book should be required reading certainly for lawyers, researchers and anyone else professionally involved in the media.

This paperback edition was published in a fourth edition on 6th November 2019. It is also available as an ebook.


A Preview for this title is currently not available.
More Books By Ursula Smartt
View All