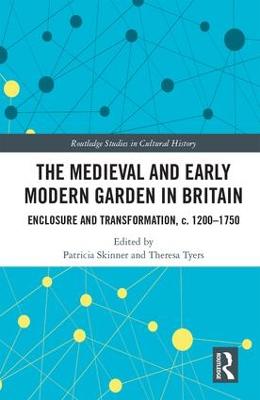 The Medieval and Early Modern Garden in Britain

What was a "garden" in medieval and early modern British culture and how was it imagined? How did it change as Europe opened up to the wider world from the 16th century onwards? In a series of fresh approaches to these questions, the contributors offer chapters that identify and discuss newly-discovered pre-modern garden spaces in archaeology and archival sources, recognize a gendered language of the garden in fictional descriptions ("fictional" here being taken to mean any written text, regardless of its purpose), and offer new analysis of the uses to which gardens - real and imagined - might be put. Chapters investigate the definitions, forms and functions of physical gardens; explore how the material space of the garden was gendered as a secluded space for women, and as a place of recreation; examine the centrality of garden imagery in medieval Christian culture; and trace the development of garden motifs in the literary and artistic imagination to convey the sense of enclosure, transformation and release. The book uniquely underlines the current environmental "turn" in the humanities, and increasingly recognizes the value of exploring human interaction with the landscapes of the past as a route to health and well-being in the present.

» Have you read this book? We'd like to know what you think about it - write a review about Medieval and Early Modern Garden in Britain book by Patricia Skinner and you'll earn 50c in Boomerang Bucks loyalty dollars (you must be a Boomerang Books Account Holder - it's free to sign up and there are great benefits!)

A Preview for this title is currently not available.
More Books By Patricia Skinner
View All