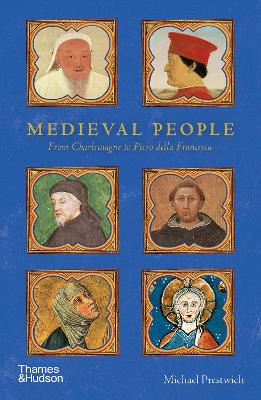 This engrossing and often witty account tells the life stories of nearly 70 individuals who made the Middle Ages. There are kings and queens, popes and politicians, soldiers and merchants, scholars, authors and visionaries. They range from the important, such as El Cid or Frederick Barbarossa, to the little known, such as the dissolute Venetian nun Clara Sanuto. Some were astonishingly successful: the empire created by Chinggis Khan was one of the most extensive ever seen. Some, such as Charles the Bold, the over-ambitious 15th-century duke of Burgundy, were failures.

Contrary to modern myth, medieval people did not believe the earth was flat; torture was far less common than in later centuries; and technological advances included guns, printing, blast furnaces, spectacles, stirrups and the compass. Full of insights such as these, this book shows how medieval people lived in an era that was more one of invention and innovation than of superstition and backwardness. It will appeal to all those who want a truer picture of a world often erroneously portrayed by bestselling novelists of today.

» Have you read this book? We'd like to know what you think about it - write a review about Medieval People: From Charlemagne to Piero della Francesca book by Michael Prestwich and you'll earn 50c in Boomerang Bucks loyalty dollars (you must be a Boomerang Books Account Holder - it's free to sign up and there are great benefits!)


A Preview for this title is currently not available.
More Books By Michael Prestwich
View All