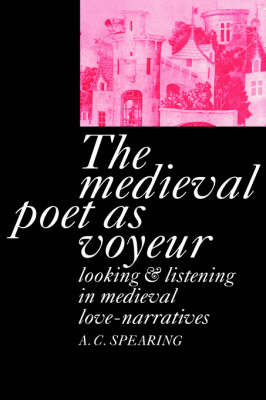 The Medieval Poet as Voyeur

Description - The Medieval Poet as Voyeur by A. C. Spearing

While love is private, and in medieval literature especially is seen as demanding secrecy, to tell stories about it is to make it public. Looking, often accompanied by listening, is the means by which love is brought into the public realm and by which legal evidence of adulterous love can be obtained. Medieval romances contain many scenes in which secret watchers and listeners play leading roles, and in which the problematic relation of sight to truth is a central theme. The effect of such scenes is to place the poem's audience as secret watchers and listeners; and in later medieval narratives, as the role of the storyteller comes to be realized, the poet too sees himself in the undignified role of a voyeur. A. C. Spearing's book explores these and related themes, first in relation to medieval and modern theories and instances of looking, and then through a series of readings of romances and first-person narratives, including works by Beroul, Gottfried von Strassburg, Chretien de Troyas, Marie de France, Chaucer, Lydgate, Douglas, Dunbar, and Skelton.
Its focus on looking also leads to the recovery of some less well-known works such as Partonope of Blois and The Squire of Low Degree. The general approach is psychoanalytic, but the reading of specific medieval texts always has primacy, and this in turn makes possible a running critique of current conceptions of the gaze in relation to power and gender.

Other Editions - The Medieval Poet as Voyeur by A. C. Spearing 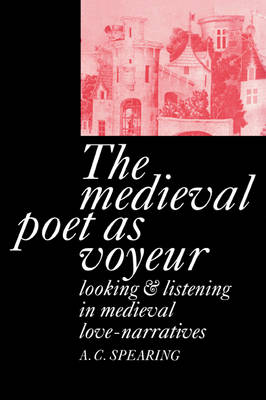 Book Reviews - The Medieval Poet as Voyeur by A. C. Spearing

» Have you read this book? We'd like to know what you think about it - write a review about Medieval Poet as Voyeur book by A. C. Spearing and you'll earn 50c in Boomerang Bucks loyalty dollars (you must be a Boomerang Books Account Holder - it's free to sign up and there are great benefits!)


A Preview for this title is currently not available.
More Books By A. C. Spearing
View All