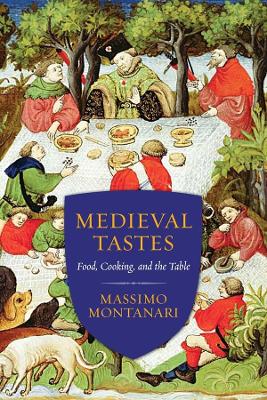 Food, Cooking, and the Table

In his new history of food, acclaimed historian Massimo Montanari traces the development of medieval tastes?both culinary and cultural?from raw materials to market and captures their reflections in today's food trends. Tying the ingredients of our diet evolution to the growth of human civilization, he immerses readers in the passionate debates and bold inventions that transformed food from a simple staple to a potent factor in health and a symbol of social and ideological standing.

Montanari returns to the prestigious Salerno school of medicine, the "mother of all medical schools," to plot the theory of food that took shape in the twelfth century. He reviews the influence of the Near Eastern spice routes, which introduced new flavors and cooking techniques to European kitchens, and reads Europe's earliest cookbooks, which took cues from old Roman practices that valued artifice and mixed flavors. Dishes were largely low-fat, and meats and fish were seasoned with vinegar, citrus juices, and wine. He highlights other dishes, habits, and battles that mirror contemporary culinary identity, including the refinement of pasta, polenta, bread, and other flour-based foods; the transition to more advanced cooking tools and formal dining implements; the controversy over cooking with oil, lard, or butter; dietary regimens; and the consumption and cultural meaning of water and wine. As people became more cognizant of their physicality, individuality, and place in the cosmos, Montanari shows, they adopted a new attitude toward food, investing as much in its pleasure and possibilities as in its acquisition. 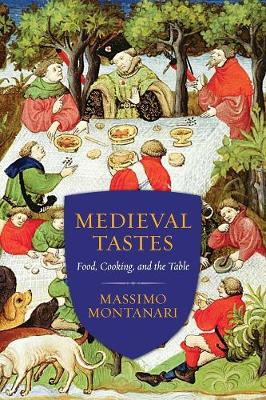 » Have you read this book? We'd like to know what you think about it - write a review about Medieval Tastes book by Massimo Montanari and you'll earn 50c in Boomerang Bucks loyalty dollars (you must be a Boomerang Books Account Holder - it's free to sign up and there are great benefits!)

Massimo Montanari is professor of medieval history and the history of food at the Institute of Paleography and Medieval Studies, University of Bologna. He has authored and coauthored more than a dozen books on the history of cuisine and the cultural values of food, including Let the Meatballs Rest: And Other Stories About Food and Culture; Cheese, Pears, and History in a Proverb; Food Is Culture; Italian Cuisine: A Cultural History; Food: A Culinary History; and Famine and Plenty: The History of Food in Europe. Beth Archer Brombert is the author of two widely acclaimed biographies: Cristina: Portraits of a Princess and Edouard Manet: Rebel in a Frock Coat, which was a New York Times Notable Book of the Year. Her most recent work is a memoir of her decades of living, traveling, and cooking in Italy, Journey to the World of the Black Rooster. Her many translations from French and Italian include Italo Svevo's Senilita (Emilio's Carnival) and Erri De Luca's Tu, Mio (You, Mine).

A Preview for this title is currently not available.
More Books By Massimo Montanari
View All