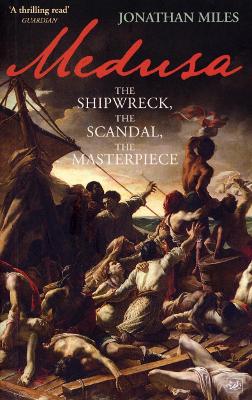 The Shipwreck, The Scandal, The Masterpiece

In June 1816, the Medusa, flagship of a French expedition to repossess the colony of Senegal from the British, set sail but ran aground off the desolate West African coast. The evacuation of the frigate was chaotic and cowardly - 146 men and one woman were herded aboard a makeshift raft which was then abandoned in mid-ocean, cut loose by the convoy of lifeboats which had pledged to tow it to safety. The drifting raft carried those who survived to the very frontiers of human experience. Crazed, parched and starving, the diminishing band slaughtered mutineers, ate their dead companions and organized a tactical extermination of the weakest among them. Among the handful of survivors from the raft were two men whose written account of the tragedy catalogued the trail of government incompetence, indifference, and cover-up. Their book became a best-seller which rocked Europe and inspired the promising artist, Theodore Gericault. Reeling from an illicit affair with his attractive young aunt, he threw himself into an exhaustive study of the Medusa tragedy.Set in the politically fragile world of Restoration France, the murk of Georgian London and along the dangerous West African coast where the French were covertly regenerating the outlawed slave trade, Medusa witnesses error and outrage turned into a bestseller, and that bestseller transformed into one of the masterpieces of Western art.

Other Editions - Medusa by Jonathan Miles 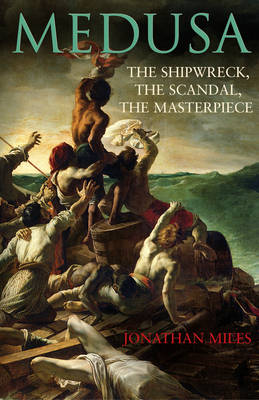 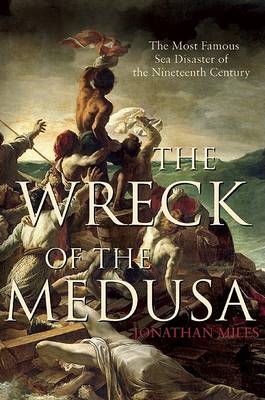 » Have you read this book? We'd like to know what you think about it - write a review about Medusa book by Jonathan Miles and you'll earn 50c in Boomerang Bucks loyalty dollars (you must be a Boomerang Books Account Holder - it's free to sign up and there are great benefits!)

After a childhood in America, Canada and the UK, Jonathan Miles took a first from University College, London and his doctorate from Jesus College, Oxford. He has written, lectured and broadcast on cultural history all over the world. His books on Eric Gill and David Jones have met with critical acclaim, earning such press accolades as 'magisterial', 'authoritative', 'massively researched', 'compelling', and 'incisive'. He lives in Paris with his wife and daughter.

A Preview for this title is currently not available.
More Books By Jonathan Miles
View All

Christianity and Belonging in Shimla, North India: Sacred Entanglements of a Himalayan Landscape
$153.00 $170.00