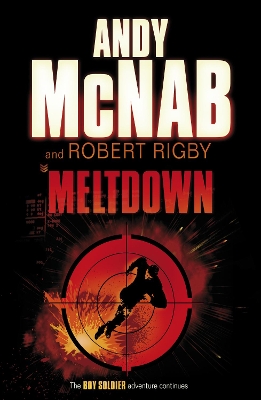 Fourth in a gripping, action-packed sequence of thrillers about Danny and Fergus Watts, from the bestselling author of Bravo Two Zero, Andy McNab, and Robert Rigby, veteran of many successful TV screenplays. Ideal for adventure-seeking readers.

A lethal new drug with devastating side effects, known as Meltdown, is threatening to destabilize society. Dudley knows that the security services have to act fast, and when his 4 x 4 arrives at their remote hideout in the Canadian lakes, eighteen-year-old Danny and his grandfather, ex-SAS hero Fergus Watts, are once again sucked into a deadly undercover operation and a race against time.Their search for the mastermind behind a pair of murderous gangland twins takes them from the clubs of Manchester to Spain and Germany, and Danny needs all his newly learned expertise when he comes up against an old adversary -someone he hoped never to encounter again. And this time, when the battle is joined, it is a battle to the end.

Other Editions - Meltdown by Andy McNab 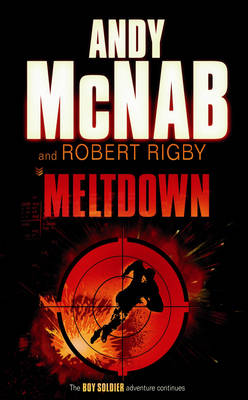 » Have you read this book? We'd like to know what you think about it - write a review about Meltdown book by Andy McNab and you'll earn 50c in Boomerang Bucks loyalty dollars (you must be a Boomerang Books Account Holder - it's free to sign up and there are great benefits!)

Andy McNab joined the infantry as a boy soldier. In 1984 he was 'badged' as a member of 22 SAS Regiment and was involved in both covert and overt special operations worldwide. During the Gulf War he commanded Bravo Two Zero, a patrol that, in the words of his commanding officer, 'will remain in regimental history for ever'. Awarded both the Distinguished Conduct Medal (DCM) and Military Medal (MM) during his military career, McNab was the British Army's most highly decorated serving soldier when he finally left the SAS in February 1993. He wrote about his experiences in two phenomenal bestsellers, Bravo Two Zero, which was filmed in 1998 starring Sean Bean, and Immediate Action. He is the author of the bestselling novels, Remote Control, Crisis Four, Firewall, Last Light, Liberation Day, Dark Winter, Aggressor and Recoil. Besides his writing work, he lectures to security and intelligence agencies in both the USA and UK. Robert Rigby began his career as a journalist, then spent several years in the music business as a songwriter and session musician. He turned to writing for radio, television and the theatre and has also directed and performed in