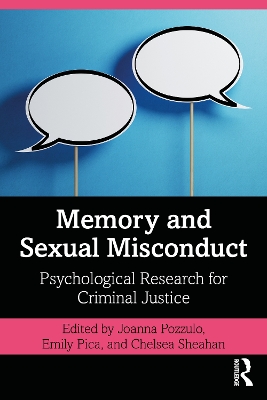 Memory and Sexual Misconduct: Psychological Research for Criminal Justice investigates the veracity of memories of sexual misconduct and the factors that may influence accurate recall, and fundamentally assesses whether psychological science can help the criminal justice system in determining which accusations are likely to be accurate, and which are not.

In recent years, the public has been inundated with announcements of sexual assault allegations, in particular against public figures like politicians, businessmen, movie moguls, and professional athletes. Many of these accusations concern events that occurred several years prior to their announcements and trials. Drawing upon a compilation of real-life sexual assault cases and psychological science on recall and sexual trauma, this book provides an analysis of memory reports of sexual misconduct, including inappropriate comments, behaviors, harassment, and assault. It compares these memories with other types of memory, such as flashbulb memories, co-witness conformity memory, and autobiographical memory. Memory and Sexual Misconduct helps readers interpret the role of emotion, the level of detail, and the possible distinction between someone remembering a past event and believing the past event occurred.

By providing a thorough evaluation of the likelihood that misconduct memories are accurate and investigating factors that affect this accuracy, Memory and Sexual Misconduct is an invaluable text to both the criminal justice system and the general public, particularly as sexual misconduct allegations of past events continue to come to light. 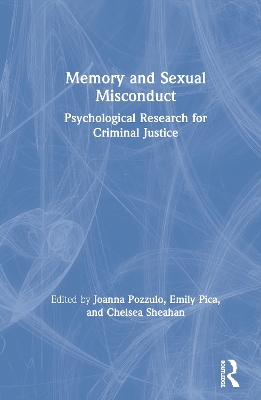 » Have you read this book? We'd like to know what you think about it - write a review about Memory and Sexual Misconduct: Psychological Research for Criminal Justice book by Joanna Pozzulo and you'll earn 50c in Boomerang Bucks loyalty dollars (you must be a Boomerang Books Account Holder - it's free to sign up and there are great benefits!)


A Preview for this title is currently not available.
More Books By Joanna Pozzulo
View All

Working with Trauma-Exposed Children and Adolescents: Evidence-Based and Age-Appropriate Practices
$73.25 $73.99

Familiarity and Conviction in the Criminal Justice System: Definitions, Theory, and Eyewitness Research
$62.96 $69.95