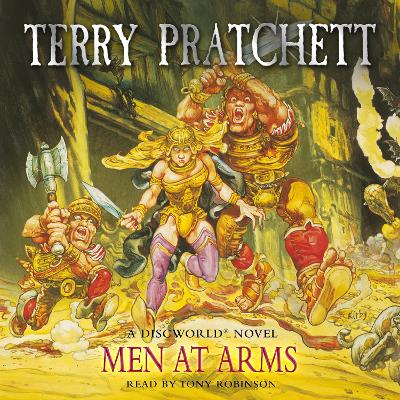 Read by Tony Robinson.
'What's so hard about pulling a sword out of a stone? The real work's already been done. You ought to make yourself useful and find the man who put the sword in the stone in the stone in the first place.'
Fate is a word that springs to the lips when to call something coincidence seems mealy mouthed. Destiny is another such. But the problem with destiny is, of course, that she is not always careful where she points her finger. One minute you might be minding your own business on a normal if not spectacular career path, the next you might be in the frame for the big job, like saving the world...

Other Editions - Men At Arms by Terry Pratchett 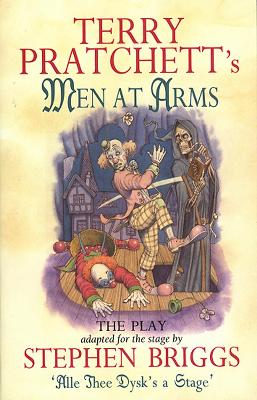 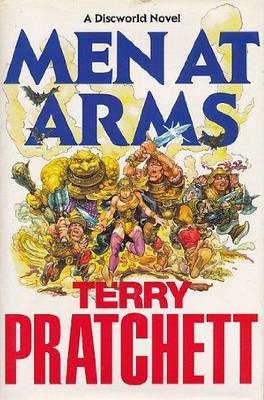 » Have you read this book? We'd like to know what you think about it - write a review about Men At Arms book by Terry Pratchett and you'll earn 50c in Boomerang Bucks loyalty dollars (you must be a Boomerang Books Account Holder - it's free to sign up and there are great benefits!)

Terry Pratchett is one of the most popular authors writing today.He lives behind a keyboard in Wiltshire and says he 'doesn't want to get a life, because it feels as though he's trying to lead three already'.He was appointed OBE in 1998 and his first Discworld novel for children, The Amazing Maurice and His Educated Rodents, was awarded the 2001 Carnegie Medal. i>Men at Arms is the fifteenth novel in his phenomenally successful Discworld series.