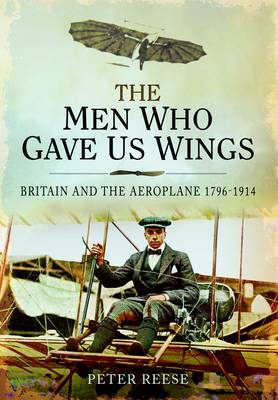 The Men Who Gave Us Wings

Description - The Men Who Gave Us Wings by Peter Reese

Why did the British, then the leading nation in science and technology, fall far behind in the race to develop the aeroplane before the First World War? Despite their initial advantage, they were overtaken by the Wright brothers in America and by the French and the Germans. Peter Reese, in this highly readable and highly illustrated account, delves into the fascinating early history of aviation as he describes what happened and why. He recalls the brilliant theoretical work of Sir George Cayley, the inventions of other pioneers of the nineteenth century and the daring exploits of the next generation of airmen, among them Samuel Cody, A.V. Roe, Bertram Dickson, Charles Rolls and Tommy Sopwith. His narrative is illustrated with a wonderful selection of over 120 archive drawings and photographs which record the men and the primitive flying machines of a century ago. AUTHOR: In his books on the battles at Bannockburn, Flodden and Dunbar, Peter Reese has established a reputation as a gripping and versatile writer of military history. He has written extensively on Anglo-Scottish conflicts, the English Civil Wars and the pioneering days of manned flight. He is also a notable biographer - he has published a critical assessment of Scottish commanders and acclaimed biographies of William Wallace, Samuel Cody and General George Monck. 120 drawings

Other Editions - The Men Who Gave Us Wings by Peter Reese 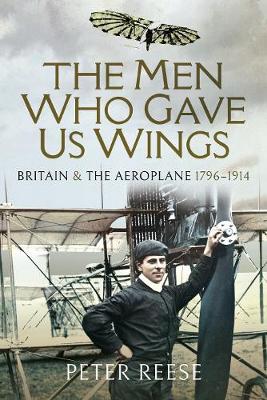 Book Reviews - The Men Who Gave Us Wings by Peter Reese

» Have you read this book? We'd like to know what you think about it - write a review about Men Who Gave Us Wings book by Peter Reese and you'll earn 50c in Boomerang Bucks loyalty dollars (you must be a Boomerang Books Account Holder - it's free to sign up and there are great benefits!)


A Preview for this title is currently not available.
More Books By Peter Reese
View All