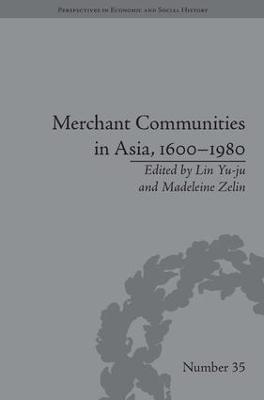 This book is the first to use local primary sources to explore the interaction between foreign and native merchants in Asian countries. Contributors discuss the different economic, political and cultural conditions that gave rise to a variety of merchant communities in Korea, China, Japan, Taiwan, the Philippines, Singapore and India.

Other Editions - Merchant Communities in Asia, 1600-1980 by Madeleine Zelin 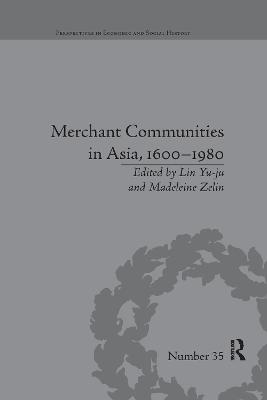 » Have you read this book? We'd like to know what you think about it - write a review about Merchant Communities in Asia, 1600-1980 book by Madeleine Zelin and you'll earn 50c in Boomerang Bucks loyalty dollars (you must be a Boomerang Books Account Holder - it's free to sign up and there are great benefits!)

Lin Yu-ju is a research fellow in the Institute of Taiwan History, Academia Sinica. Her major research interest is on socio-economic and maritime history from the seventeenth to twentieth century in Taiwan and Asia. Her recent researches focus on the merchant communities in Eastern Asia from the eighteenth to the twentieth century, and on the social customs of coastal villagers in nineteenth-century Taiwan. Madeleine Zelin is Dean Lung Professor of Chinese Studies and Professor of History at Columbia University, where she has pioneered the study of Chinese legal and economic history. In addition to numerous articles and book chapters, Zelin is co-editor of Nation and Beyond: Chinese History in Later Imperial and Modern Times (UCP, 2006) and translator of Mao Dun's Rainbow (UCP, 1992). She has written on the evolution of shareholding and business organization in China and state handling of economic disputes.

A Preview for this title is currently not available.
More Books By Madeleine Zelin
View All

The Merchants of Zigong: Industrial Entrepreneurship in Early Modern China
$156.56 $173.95