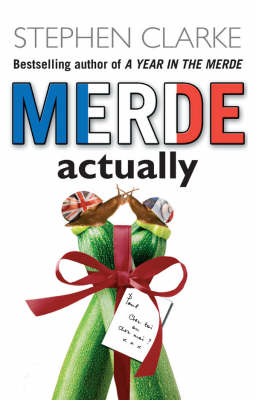 By the bestselling author of A YEAR IN THE MERDEMORE THAN 100,000 COPIES SOLD OF A YEAR IN THE MERDE IN EUROPE!Merde is hot. Merde hot!French women may not get fat, the Euro may be soaring but that shouldn't stop you from enjoying the perils and pleasures of Parisian life found in the follow-up to the best-selling A YEAR IN THE MERDE!11,000 copies of A YEAR IN THE MERDE have sold since last October. It's been a real word-of-mouth book and proves that poo and Paris sells - it's a wicked combination. A YEAR IN THE MERDE is a bestseller in France and the UK with sales totalling more than 100,000. It's also about to take the U.S by storm.A year after arriving in France, Englishman Paul West is still struggling with some fundamental questions- What is the best way to scare a gendarme? Why do French job applicants put sexually transmitted diseases on their CVs? Why are there no public health warnings on French nudist beaches? And how do you cope with a plague of courgettes? Paul also mutates (temporarily) into a Parisian waiter; samples the pleasures of typically French hotel-room afternoons; and, on a return visit to the UK, sees the full horror of a British office party through Parisian eyes. Meanwhile, he continues his search for the perfect French mademoiselle. But will Paul find l'amour 'ternel, or will it all end in merde?* Author's apology- "I'd just like to say sorry to all the suppository fans out there, because in this book there are no suppositories. There are, however, lots of courgettes, and I see this as progress. Suppositories to courgettes - I think it proves that I'm developing as a writer." Stephen Clarke 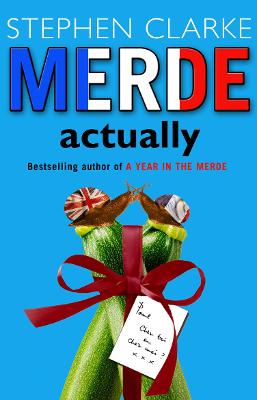 » Have you read this book? We'd like to know what you think about it - write a review about Merde, Actually book by Stephen Clarke and you'll earn 50c in Boomerang Bucks loyalty dollars (you must be a Boomerang Books Account Holder - it's free to sign up and there are great benefits!)

In 2004, Stephen Clarke, a British journalist, published A Year in the Merde, an almost-true account of what may-or-may-not have happened in to him in the ten previous years he'd lived in France. He originally published the novel in a edition of 200 copies, with the intention of selling them through his website or giving them to his friends. However, following a reading in a Canadian bookshop in Paris and a write-up in a French newspaper, the book became a word-of-mouth bestseller and was published around the world. He lives in Paris where he divides his time between writing and not writing. For more information about Stephen Clarke and his books, visit his website- www.stephenclarkewriter.com

A Preview for this title is currently not available.
More Books By Stephen Clarke
View All