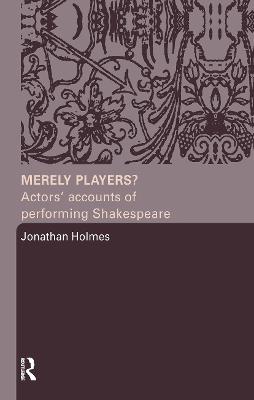 For nearly three centuries, actors have set down in print their reflections on the experience of performing Shakespeare's plays, resulting in a vast, heterogeneous and - remarkably - almost entirely unexamined body of material. Merely Players? brings together for the first time the diverse voices of actors writing about their experiences of playing Shakespeare, exploring the ways in which they discuss their embodiment with the performance and their own particular negotiations with the authority and tradition of the Shakespeare name. It is fascinating reading for scholars of Shakespeare, drama and theatre studies, practitioners and theatre-lovers alike. 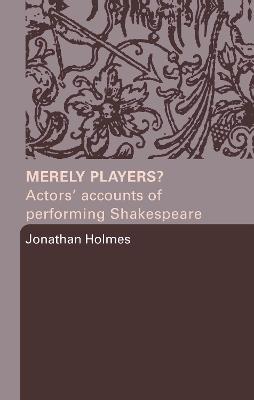 » Have you read this book? We'd like to know what you think about it - write a review about Merely Players? book by Jonathan Holmes and you'll earn 50c in Boomerang Bucks loyalty dollars (you must be a Boomerang Books Account Holder - it's free to sign up and there are great benefits!)

Jonathan Holmes is lecturer in Drama at Royal Holloway, University of London. His research interests include Renaissance Drama in performance, early twentieth century systems of actor training, and poetry in performance. He has published in Shakespeare Survey, New Theatre Quarterly and Studies in Renaissance Drama. He also works as a theatre director.

A Preview for this title is currently not available.
More Books By Jonathan Holmes
View All

Counsel for Couples: A Biblical and Practical Guide for Marriage Counseling
$26.09 $28.99