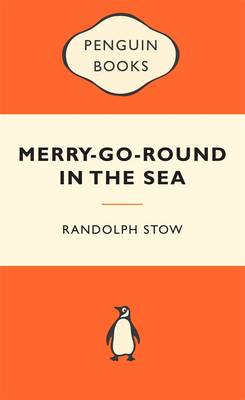 The Merry-Go-Round In The Sea: Popular Penguins

Description - The Merry-Go-Round In The Sea: Popular Penguins by Randolph Stow

In 1941, Rob Coram is six. The war feels far removed from Geraldton in Western Australia. But when his favourite older cousin Rick leaves to join the army, the war takes a step closer. When Rick returns several years later, he has changed and the old merry-go-round that represents Rob's dream of utopia begins to disintegrate before his eyes. The Merry-Go-Round in the Sea allows us a precious glimpse into a simpler kind of childhood in a country that no longer exists.

Book Reviews - The Merry-Go-Round In The Sea: Popular Penguins by Randolph Stow

» Have you read this book? We'd like to know what you think about it - write a review about Merry-Go-Round In The Sea: Popular Penguins book by Randolph Stow and you'll earn 50c in Boomerang Bucks loyalty dollars (you must be a Boomerang Books Account Holder - it's free to sign up and there are great benefits!)

A Preview for this title is currently not available.
More Books By Randolph Stow
View All