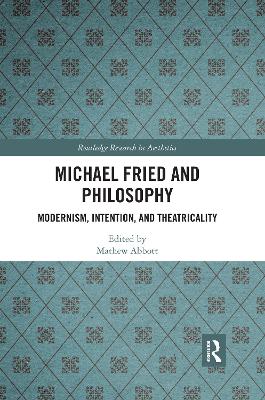 This volume brings philosophers, art historians, intellectual historians, and literary scholars together to argue for the philosophical significance of Michael Fried's art history and criticism. It demonstrates that Fried's work on modernism, artistic intention, the ontology of art, theatricality, and anti-theatricality can throw new light on problems in and beyond philosophical aesthetics. Featuring an essay by Fried and articles from world-leading scholars, this collection engages with philosophical themes from Fried's texts, and clarifies the relevance to his work of philosophers such as Ludwig Wittgenstein, Stanley Cavell, Morris Weitz, Elizabeth Anscombe, Arthur Danto, George Dickie, Immanuel Kant, Friedrich Schiller, G. W. F. Hegel, Arthur Schopenhauer, Friedrich Nietzsche, Denis Diderot, Maurice Merleau-Ponty, Roland Barthes, Jacques Ranciere, and Soren Kierkegaard. As it makes a case for the importance of Fried for philosophy, this volume contributes to current debates in analytic and continental aesthetics, philosophy of action, philosophy of history, political philosophy, modernism studies, literary studies, and art theory.

Other Editions - Michael Fried and Philosophy: Modernism, Intention, and Theatricality by Mathew Abbott 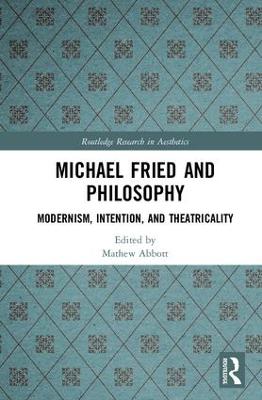 » Have you read this book? We'd like to know what you think about it - write a review about Michael Fried and Philosophy: Modernism, Intention, and Theatricality book by Mathew Abbott and you'll earn 50c in Boomerang Bucks loyalty dollars (you must be a Boomerang Books Account Holder - it's free to sign up and there are great benefits!)


A Preview for this title is currently not available.
More Books By Mathew Abbott
View All