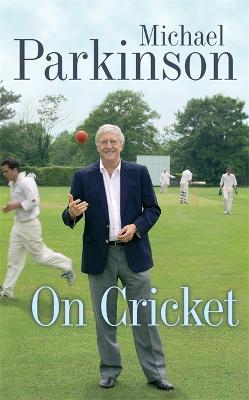 For most of his professional life Michael Parkinson has been a highly regarded sports journalist. This consistently entertaining collection of his best articles reminds us that his first love is cricket and the people who excel at it. His ambition to play for England was thwarted, but not before he opened the batting with a young Dickie Bird at Barnsley.Along with hilarious memories of his cricket mad father and a lost youth emulating his heroes in street games, Michael Parkinson has written compelling descriptions of great players he has known and the moments or matches during which they became famous. Unsurprisingly, there is an edge to what the author has to say about cricket administrators and the way the game is run; the book is a sheer joy to read and written with the author's easy assurance.

» Have you read this book? We'd like to know what you think about it - write a review about Michael Parkinson on Cricket book by Michael Parkinson and you'll earn 50c in Boomerang Bucks loyalty dollars (you must be a Boomerang Books Account Holder - it's free to sign up and there are great benefits!)

Born in Yorkshire, Michael Parkinson left school at sixteen with the ambition to play cricket for Yorkshire and England and to write about cricket for the Manchester Guardian. Although, he didn't manage to fulfil the first half of his ambition, he has since become one of the most successful journalists of his generation. He wrote a sports column for The Sunday Times for fifteen years and now writes for the Telegraph. He is also a legendary TV and radio presenter and can currently be seen on BBC 1 in the return of his hugely popular TV chat show, Parkinson.

George Best: A Memoir: A unique biography of a football icon perfect for self-isolation
$19.31 $22.99